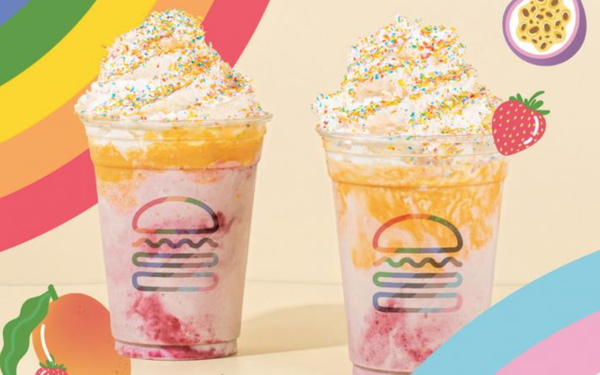 Shake Shack, Macy’s, Dickies, McDonald’s, P&G and Samsung TV are among the brands launching initiatives in honor of Pride Month and to celebrate the lesbian, gay, bisexual, transgender, queer, and questioning (LGBTQ+) community.

Brands need to be mindful to not engage in "rainbow washing," writes Hunter Johnson, CEO of Xpedition, in a Forbes advice column. His agency produces inclusive campaigns for brands like Google, McKinsey & Co. and YouTube.

"The LGBTQ+ community has a combined buying power of $3.7 trillion," Johnson writes. "Unfortunately, this has inspired many businesses to slap a rainbow flag on their social media channels during Pride Month — and then promptly forget about the community as soon as July rolls around."

Consumers can easily distinguish between brands that are authentic partners in the fight for equality versus ones that are just trying to make a quick buck, he says, advising brands to "make it clear that your support of the LGBTQ+ community is not limited to one month or done as a means of commercialization."

Brand need to commit to being a part of the movement, not a moment, he writes.

"Brands have a unique opportunity to spark conversations and change perceptions by creating inclusive marketing campaigns that celebrate the LGBTQ+ experience,' Johnson says.

Shake Shack is bringing back its limited-edition shake for Pride Month with a percentage of sales supporting The Trevor Project. Available during June at all U.S. Shake Shack locations, the Pride Shake is made with strawberry and blackberry frozen custard topped with a mango and passion fruit blend, whipped cream and rainbow glitter.

Five percent of its sales (a minimum of $50,000) will go to The Trevor Project, the world’s largest suicide prevention and crisis intervention organization for LGBTQ+ young people, and an organization with which Shake Shack has worked with since 2016.

As part of its annual national Pride + Joy campaign, Macy’s is also launching a nationwide give-back campaign benefiting The Trevor Project. Checkout customers can round up their in-store purchases to the nearest dollar (up to $0.99) and donate their change, or donate online.

Throughout the month of June, Macy’s stores and macys.com will showcase The Trevor Project’s life-saving messages, with a special celebrity-led PSA to run on social media.

The retailer also will donate 10% of the purchase price of select merchandise including accessories, jewelry, and barware to The Trevor Project.

Dickies is launching Uniquely Yours, a two-piece workwear capsule collection designed by two influential artists in the LGBTQ+ community.

Amber Ibarreche is a multidisciplinary artist based in LA who incorporated powerful messages into the Dickies “Work of Art” Bib Overalls ($100). She also collaborated with the brand to create a custom embroidered Patch Set ($20). London-based Rene Matic dedicated the Dickies “Yours, Ours” T-shirt ($25) to the black queer community by referencing the Pan-African flag.

Dickies will donate $10 for every shirt and bib overall purchased to Switchboard, a crisis hotline dedicated to supporting the LGBTQ+ community.

On June 6, “Revry Presents House of Pride Brought to You by McDonald’s” will debut, featuring performances by the likes of RuPaul’s Drag Race alums LaLa Ri and Laganja Estranja, and comedians AB Farrelly and Irene Tu.

Other channels featuring Pride programming include Cheddar TV, where all month long Cheddar News will highlight the LGBTQ community through segments and interviews.