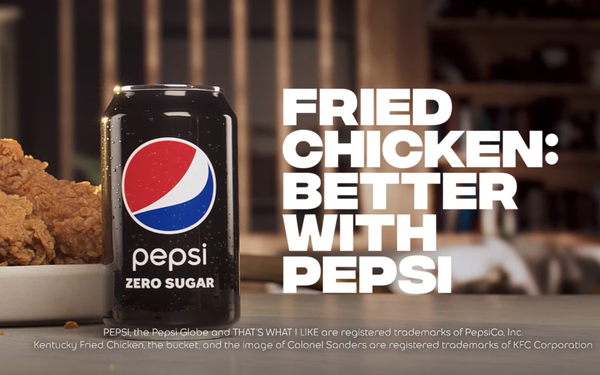 FAT Brands Inc. is adding five more of its brands of fast-casual restaurants to an exclusive beverage, food and snack partnership with PepsiCo. Inc.

The move comes as PepsiCo continues to step up consumer outreach to expand its footprint in the restaurant space against Coca-Cola and other beverage competitors.

Patrons of FAT restaurants will have to 12 beverage choices—including Pepsi, Diet Pepsi, Mtn Dew, Brisk Iced Tea and, in certain markets, Dr Pepper—with which PepsiCo has a bottling partnership.

FAT and PepsiCo also will collaborate on brand-specific offerings, the first of which is Fatburger Lemonade.

In a news release, FAT CEO Andy Wiederhorn said the expanded partnership will enable “flexibility for customization and brand innovation based on the needs of each of our unique restaurant brands and their identity.”

Asked about plans for food and snack offerings, FAT CMO Thayer Wiederhorn tells Marketing Daily, “We are currently building out what that will look like with PepsiCo and have plans to unveil later this summer.”

The effort is backed by “Better With Pepsi” commercials, including this spot in which a man drinks a Pepsi while eating leftover chicken from Kentucky Fried Chicken. 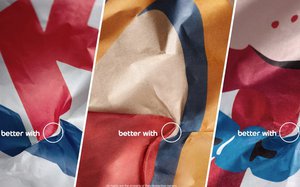 In a similar vein, to celebrate National Hamburger Day last week, Pepsi took to social media to stalk Coke and other beverage bands by modifying package designs from Burger King, McDonald’s and Wendy’s to include the Pepsi logo (see image above).  The latter two chains don’t sell Pepsi.

People who shared photos of themselves on social media with a Pepsi and a burger—regardless of where both were purchased—were eligible for a rebate of up to $3.49.

Correction: A previous version of this story mistakenly noted that KFC does not sell Pepsi, when in fact it does. Marketing Daily regrets the error.