Study: Op-ed Pages Work Better When They Focus Only On Local Issues 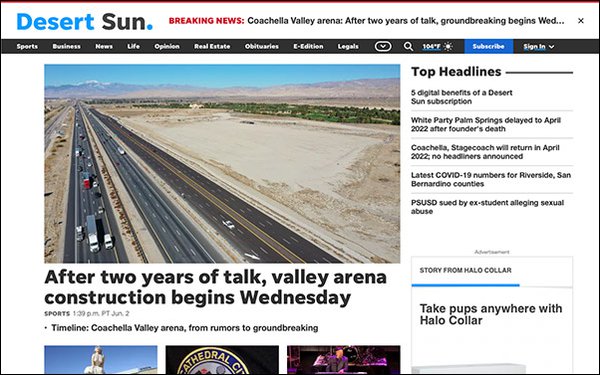 Op-ed pages are an important part of newspapers. But it may be better to keep national politics of them, according to a study by researchers Johanna Dunaway, Joshua P. Darr and Matthew P. Hitt.

The Desert Sun, a paper based in Palms Spring, California, tried this approach for a month in 2019. There were “no syndicated columns, no cartoons about national politics, no letters about then-President Donald Trump,” the authors write.

Instead, there were opinion pieces about local issues only.

The authors surveyed readers of the Desert Sun and Ventura County Sun. The latter ran its standard opinion page.

The result: Online readership of opinion pieces spiked that month. And readers were five times more likely to approve of the experiment.

In addition, the paper was able to attract more opinion writers, the authors write. Readers were most likely to share their views.

The Desert Sun serves 26,000 subscribers — these lessons may not apply to big-city dailies. In addition, reading patterns may have shifted during the events of 2020.

That said, the authors contend this is the way to cool tempers, while bring necessary focus to local news.

“Supporters of local news could follow the lessons of this research by raising money to pay for opinion editor positions and funding creative thinking like the Desert Sun’s experiment,” they conclude.

“The alternative is that opinion pages will wither and cease to reflect their communities.”

The authors concede that “a local-only opinion page won’t restore the economic model that supported newspapers in decades past, but our research shows it can bring back some readers and bridge some of the political divides that can drive American communities apart.”