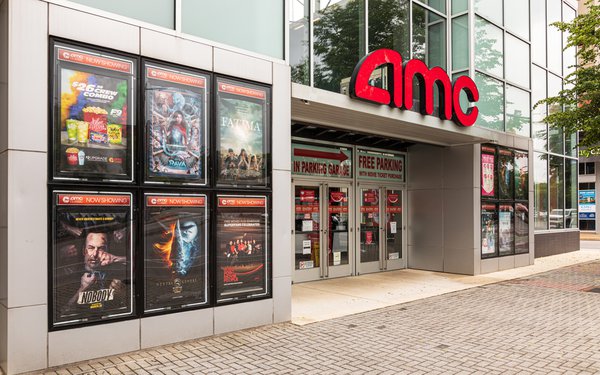 AMC Entertainment is on a wild stock-price ride -- up nearly 100% on Wednesday, and nearly 2,000% higher since the beginning of the year. Analysts are wondering what comes next for the biggest U.S. movie theater chain, and the industry at large.

A positive note from Macquarie Research: “We are optimistic on the theater recovery and the positive results we saw from ‘A Quiet Place II’.” The Paramount Pictures movie produced an over-performing $58 million in box-office revenue for its Memorial Day weekend opening.

At the same time, the research analyst group has concerns about the upside for the company’s stock.

Still, it believes there is great value in other cinema-chain companies -- Cinemark and IMAX. The latter took in a 9% share of the “Quiet Place”s Memorial Day weekend box-office revenues, although it owns just 3% of U.S. movie screens.

AMC Entertainment’s eye-popping stock-market gains have been attributed to a massive collective move by small individual investors pushed on the Reddit message board, in concert with the commission-free investing company Robinhood.

Because of its rising stock price, AMC now says it will sell more stock going forward -- issuing 12 million shares. All that will help reduce its long-term debt -- nearly $5.5 billion -- which has been crushing the company since the pandemic started over a year ago/

“Given the AMC ‘Reddit-mania’ and share rally, we believe AMC’s equity raises are positive moves for the company — compared to normal equity dilution, which is generally viewed to be stock price-destructive,” says Macquarie Research.

Still, Macquarie Research maintains AMC as “neutral” for its stock for investors.