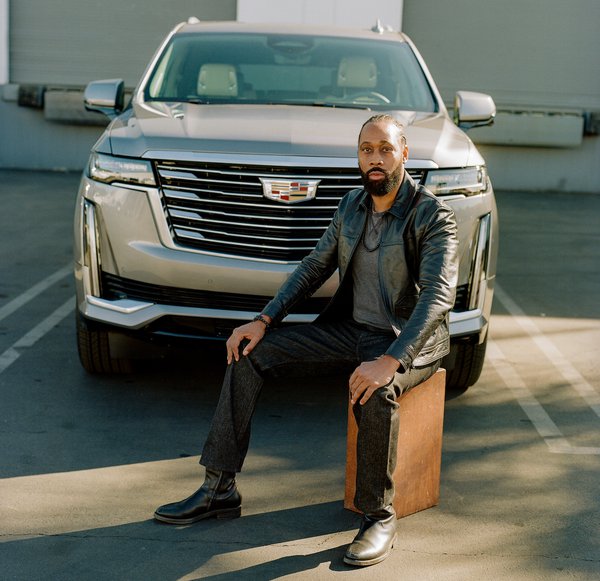 Cadillac is partnering with rapper Robert Fitzgerald Diggs for a campaign focused on the new Escalade and its available 36-speaker AKG sound system.

The effort, from Leo Burnett, is themed “Sound of Arrival” and highlights the vehicle’s luxury features. It includes three videos, the first which is debuting today.

The first shows Diggs, better known by his stage name RZA, highlighting how each speaker in the optional $4,300 AKG Studio Reference System works together to deliver the perfect sound. As RZA explains the technology, each speaker comes to life around him to eventually build out the full 36-speaker system found in the 2021 Escalade. Two more videos will launch June 13 and June 15.

The General Motors luxury brand selected RZA — who is also an actor, film maker and record producer and the de facto leader of the hip hop group Wu-Tang Clan — because he is a genuine fan of the sound system, says Jessica Mangiapane, senior manager, cross brand strategy, Cadillac.

“RZA is a natural fit given his unique, multi-faceted background,” Mangiapane tells Marketing Daily. “He’s also passionate about Cadillac and Escalade, having owned an Escalade since the late '90s.”

The musician recorded one of his most well-known albums on an AKG microphone. A new instrumental remix of the Wu-Tang Clan song C.R.E.A.M. also serves as the soundtrack to the video.

The sound system elevates the driving experience and aims to be like a personal VIP concert inside the vehicle, Mangiapane says.

“Through customer research, we know a strong stereo system is expected in the luxury full size SUV category,”  she adds.