Kardashians In Danger Of Overstaying Their Welcome 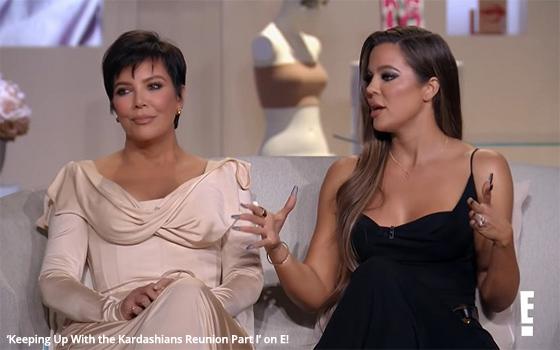 There comes a time when it really is time to go -- even if the timing might not seem quite right at first.

For example, when Jay Leno finally agreed to step down from “The Tonight Show” at age 63 to set the stage for a smooth transition to Jimmy Fallon, the Leno “Tonight Show” was still top-rated in late-night, and Leno was still at the top of his game.

And yet, after he left and the new era began, it felt like the right thing to do, even as many of us were then forced to alter our late-night viewing habits.

Leno went on to do other things, and the Fallon “Tonight Show” moved to New York and was remade for the modern era and younger audiences.

When Oprah Winfrey brought her afternoon talk show to a halt in 2011, she probably could have continued for as long as she wanted to.

But after the show ended and she took up other interests (such as launching her OWN TV network), her decision to leave her talk show also felt like the right thing to do.

We don’t have TV personalities with the same stature now as Jay Leno or Oprah Winfrey. Audiences are so fragmented now that no one attracts the kind of viewership they did in their heydays long ago.

With that in mind, where do we position the Kardashians? “Keeping Up With the Kardashians” premiered in 2007 and is officially ending now after 14 years (20 seasons, according to Wikipedia).

It was on a long time, and there are undoubtedly people out there who watched every show and clung to every word and deed. The Kardashians’ fan base watched their lives evolve, which seemed to consist chiefly of growing wealthier by the minute.

Once they could be considered almost down to earth, but now the Kardashians comport themselves like royalty. As such, they are getting a royal sendoff airing in two parts Thursday and Sunday nights on E!

The format is a group interview moderated by Andy Cohen. It is a format he pioneered in his many sit-downs with the claw-baring stars of the “Real Housewives” shows.

Here, in their gowns and fake tans, the statuesque women of the Kardashian family look a little like the real housewives, although they are really nothing like them.

Or at the very least, the “action” (such as it was) on their show was nothing like the table-overturning antics of the “Real Housewives.”

Still, this is the environment in which Andy Cohen seems most comfortable. But for how much longer? Like the eras of Jay Leno, Oprah Winfrey, David Letterman and others, time has a way of moving on.

The fact is, despite these “Kardashian” farewell specials, E! has already moved on. Nowadays, the channel has remade itself into the “Modern Family” network with multiple repeats of the sitcom that have come to dominate the lineup.

In this regard, the Kardashians are leaving at just the right time. Hopefully, this week’s farewell will indeed be final.