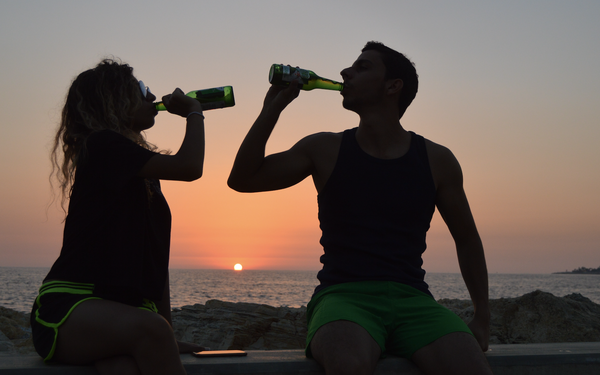 Anheuser-Busch InBev, Diageo and MillerCoors (now part of MolsonCoors) accounted for almost half  (44.7%) of $17.5 billion in U.S. alcohol sales to underage consumers in 2016, according to a study by three universities published last week in the Journal of Studies on Alcohol and Drugs. The study said that the $17.5 billion accounted for 8.6% of all alcohol sales.

Study co-authors at the University of North Carolina at Chapel Hill, Johns Hopkins University and Boston University said this was the first estimate in nearly two decades of the monetary value of underage alcohol consumption -- and the first ever to attribute such drinking to specific brands.

Study authors only had access to 2016 industry data when they began the peer review process, according to Pamela J. Trangenstein, Ph.D., co-lead author of the study and an assistant professor of health behavior at the Gillings School of Global Public Health, University of North Carolina at Chapel Hill.

Marketing Daily reached out to AB InBev, MolsonCoors and Diageo for comment. AB InBev referred us to the Beer Institute, which said the industry’s educational campaigns and initiatives have cut underage drinking in half since 1991, referring specifically to AB and its wholesaler partners spending more than $1 billion since 1982 on ad campaigns and community-based programs such as the “Family Talk About Drinking” program; and to Molson Coors recently becoming the first major beer company to support the TruAge verification system from the National Association of Convenience Stores, and to promoting a book titled “Let’s Keep Talking: A Resource for Parents to Talk With Their Teens About Not Drinking.”

“Although underage consumption has been falling in recent years, alcohol is still responsible for approximately 3,500 deaths per year among people younger than age 21, according to the Centers for Disease Control and Prevention,” per the Gillings School of Global Public Health, University of North Carolina at Chapel Hill, in a press release.

"Our prior studies have repeatedly shown that youth are exposed to and influenced by alcohol marketing," added study co-author David H. Jernigan, Ph.D., a professor at Boston University. "If alcohol companies are truly committed to preventing youth drinking, they should be willing to put these revenues into an independent agency able to address underage drinking without a conflict of interest."

“Despite the alcoholic beverage industry's stated commitment to reducing underage drinking, significant revenues appear to accrue from this activity,” the study concluded. “This presents an opportunity to enact and enforce policies—such as alcohol taxes or required company funding of independently managed youth drinking prevention initiatives—that recover these revenues from the industry and use them to help achieve the goal of preventing youth alcohol consumption."

The study used national survey data to estimate the number of adult and underage drinkers, median volume of alcohol consumed, beverage preferences, and alcohol price by beverage type. Impact Databank was used to determine the total number of alcoholic drinks sold.  The study applied the percentage of alcohol reported as consumed by underage youth to alcohol sales data by beverage type and assigned beverage-specific costs.

Marketing Daily hadn’t heard back from Diageo by press time, but, in a CNN post on the study, the spirits company referred to company-sponsored community prevention efforts like its "Ask Listen Learn" and "We Don't Serve Teens" educational programs.