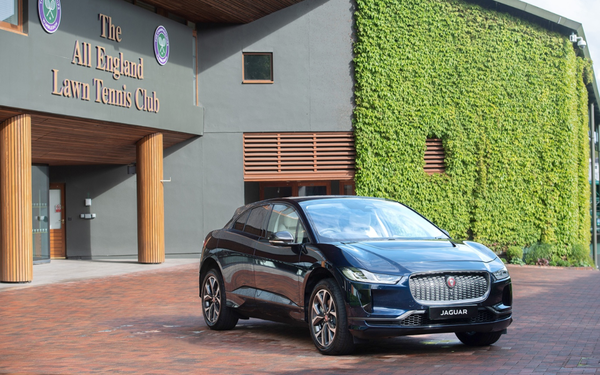 On the heels of the French Open, Jaguar is re-upping its commitment to tennis with a renewal of its partnership with another Grand Slam event, the All England Tennis Club.

As the official car of the Championships, Wimbledon, Jaguar will not only supply a fleet of vehicles to support event operations, but will work with its long-standing partner to unearth the stories behind the iconic British sporting event, which runs from June 28 to July 11.

Other brands that partner with Wimbledon include Rolex, Sipsmith, IBM, Robinsons and Pimm’s. Sponsors of the French Open, which ended Sunday, include BNP Paribas, Fly Emirates, Lacoste, Rolex, Perrier, Wilson and Stellantis-owned Peugeot.

Global tennis fans span a broad demographic with an almost even split between males and females, per IMG Arena. A significant number of tennis fans are aged between 16 and 44. According to Scarborough Research, 30% of adult tennis fans have household incomes of $100,000 or more.

Jaguar is planning a campaign themed “Unmatched Experiences,” which aims to uncover the stories behind the iconic tennis tournament. The creative will help bring the event closer to fans during a time when attendance and general access is still restricted. The tournament will be played with 50% ground capacity while a full 15,000 would be able to attend each of the semi-finals and finals. Overall attendance in 2019 was 500,397. The event was canceled in 2020.

About 179 Jaguar and Land Rover vehicles will be used for event operations and the Jaguar I-Pace, an all-electric performance SUV, will be showcased.

Jaguar will also continue the Jaguar Ace Pace Wimbledon Edition app, giving fans the opportunity to measure the effectiveness of their tennis serve, while challenging Jaguar’s roster of brand ambassadors in national competitions.

Both brands are focused on environmental sustainability, says Mick Desmond, commercial and media director at the AELTC.

“As part of our environment-positive commitment, we are working hard to reduce carbon emissions to net-zero by 2030, and Jaguar is playing an important role in helping us achieve this commitment by showcasing the zero-emission I-ace cars within the Wimbledon fleet,” Desmond says.

The AELTC also launched its own campaign, "It’s a Wimbledon Thing,” which aims “to celebrate the uniqueness of Wimbledon fandom — a passion that goes beyond tennis.”