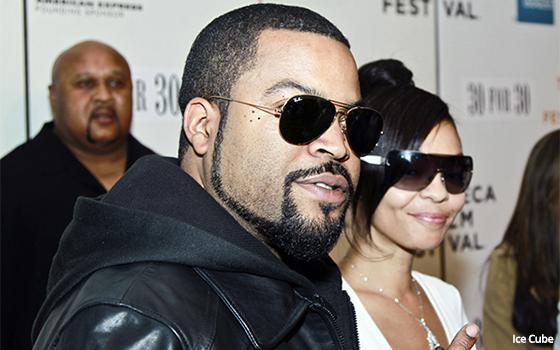 A federal judge has dismissed a lawsuit by rapper and entrepreneur Ice Cube against financial services company Robinhood over its use of his image, and a variation of his catch phrase, “check yo self,” in a newsletter.

In an opinion issued Tuesday, U.S. District Court Magistrate Laurel Beeler wrote that Ice Cube's allegations, even if proven true, wouldn't support the conclusion that Robinhood used his identity to endorse its products.

“Robinhood used Ice Cube’s picture and paraphrase of a line from his song to illustrate an article about market corrections,” Beeler wrote. “That illustration does not suggest that the plaintiff endorsed Robinhood.”

Her order is without prejudice, meaning that the celebrity can beef up his allegations and bring them again within 21 days.

The legal battle dates to March, Ice Cube (whose real name is O'Shea Jackson), alleged in a lawsuit that Robinhood wrongly used a photo of him and the phrase “Correct yourself before you wreck yourself” in a March 8 newsletter published on Robinhood Snacks.

The newsletter came out when Robinhood was under intense scrutiny for halting trading on GameStop.

“In March 2021, in the midst of Robinhood’s meltdown, Defendants deliberately and shamelessly misappropriated Ice Cube’s image and likeness to promote Robinhood’s horrible products and services -- the last things in the world to which Ice Cube would ever attach his image and likeness,” he alleged. “Just as Robinhood’s recent well-known conduct has resulted in Congressional investigations and numerous class action lawsuits, so too has it stolen and diminished the hard-earned image and brand of Ice Cube, one of the most prominent Black voices in America.”

Beeler said in her dismissal order that the newsletter is “demonstrably not an advertisement.”

She added that Ice Cube's complaint failed to show Robinhood “created the misapprehension that the plaintiff sponsored, endorsed, or is affiliated with” the company.