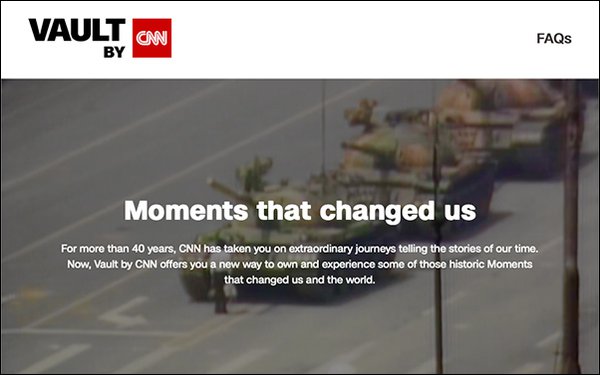 A day after Fox Corp. announced a deal to develop and sell non-fungible tokens (NFT) from its Fox-owned animated TV shows, CNN says it will create and sell NFTs from key news "moments."

CNN is calling its effort "Vault by CNN: Moments That Changed Us." It will include key moments in CNN’s history as a news channel.

Buyers can purchase these news digital collectibles and display those assets on their own online user page in a "vault." In addition, CNN will also offer a "physical representation" for buyers of their NFT that can be displayed on a desk or bookshelf.

NFTs are one-of-a-kind digital asset that buyers can own, sell or trade. Unlike other companies selling and/or creating NFTs, buyers of CNN digital assets can use a credit card.

Most NFT deals are bought and sold with cryptocurrency -- through blockchain technology. Still, CNN buyers will need to create a digital wallet through the blockchain company Blocto.

Earlier this week, Fox announced a $100 million-funded start up with its animated studio Bento Box Entertainment, with the creation of Blockchain Creative Labs.

The first NFT will come from animated series "Krapopolis" from producer Dan Harmon.