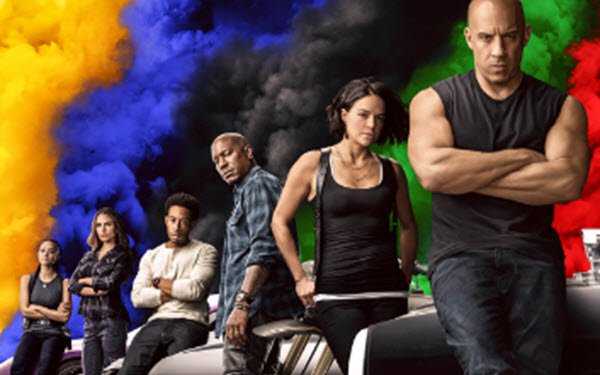 Universal Pictures' "F9" generated $70 million in domestic box-office in its first weekend, according to Comscore -- the best revenue performance of any movie since “Star Wars: The Rise of Skywalker” in pre-pandemic December 2019.

The industry had expected $67 million in first-weekend ticket sales for the flick, the latest installment in the hugely popular "Fast & Furious" franchise, starring Vin Diesel and Michelle Rodriguez.

The movie added $37.9 million in international sales. It has generated more than $405 million globally since its May debut outside the U.S.

“F9"'s domestic first-weekend total topped the previous post-pandemic-best of $48.4 million for “ A Quiet Place Part II ” four weeks ago -- although that film has now earned $136.4 million in total.

“We couldn’t be more gratified to see that the audience embraced the ‘Fast’ family and came out to see ‘F9’ in tremendous numbers," stated Jim Orr, head of distribution for Universal. “The debut this weekend has really ignited the domestic box office and set it on a tremendous path for the rest of the year.”

Universal’s decision to delay the release of “F9” to June placed the film in the “perfect sweet spot of ever-increasing vaccinations, growing consumer confidence, and momentum built over the past few weeks by a selection of films that have drawn enthusiastic patrons to the multiplex,” Paul Dergarabedian, senior media analyst at Comscore, told Bloomberg.