Beatlemania Is Alive And Well In Two Docuseries 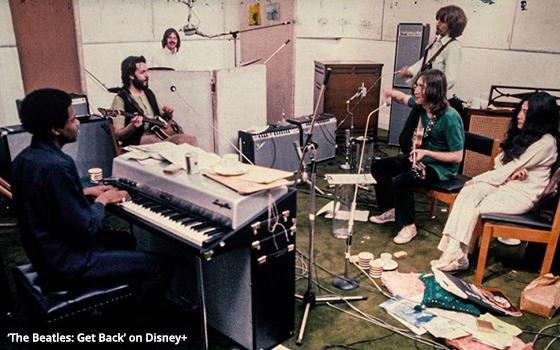 Before the Beatles get back to where they once belonged in a new Disney+ documentary, Hulu will present Paul McCartney.

“The Beatles: Get Back,” a highly anticipated Beatles documentary directed by Peter Jackson, has ballooned from a two-hour movie into a six-hour, three-part documentary that will bypass theaters and go straight to streaming on Disney+ next Thanksgiving weekend (November, 25, 26 and 27).

Disney+ announced the documentary’s expansion earlier this month. The original, two-hour movie would have opened in theaters in August. But now that’s not going to happen.

Much sooner -- starting on Friday, July 16 -- Hulu will premiere the six-part “McCartney: 3-2-1,” billed as a sitdown interview with McCartney (presumably accompanied and broken up by clips, both audio and video) conducted by superstar music producer Rick Rubin.

According to Hulu, the two cover the Beatles years in depth (from Paul’s point of view, of course), then Paul’s years with Wings and all of the other projects he has been engaged in during the 50-plus years since the Beatles broke up in 1969.

While this Hulu docuseries does indeed cover a lot of ground, Peter Jackson’s documentary ended up covering so much that Disney and (presumably) Jackson decided it would be a better documentary if presented in the form of a six-hour event.

And since six-hour events such as this are rarely seen in theaters in this day and age, the newly expanded documentary will go to streaming first, instead of theaters. And once again, streaming trumps movie theaters.

According to Disney+, “The Beatles: Get Back” focuses almost entirely on the Beatles’ recording and rehearsal sessions in 1969 that led to the live, rooftop performance that became the subsequent Beatles album “Let It Be.”

The documentary has been culled from seemingly hundreds of hours of film footage of these sessions that have never been made public before.

Thus, coming up this year, we will have 12 hours of new Beatles-related documentary material to watch -- which is an amazing thing to consider for a foursome that disbanded more than 50 years ago.

And for anyone who is wondering if Hulu is somehow trying to beat Disney+ to the Beatles punch with its McCartney documentary coming out in July, a reminder: Disney+ and Hulu are both owned by Disney. So when Beatlemania gets revived this year, Disney wins.