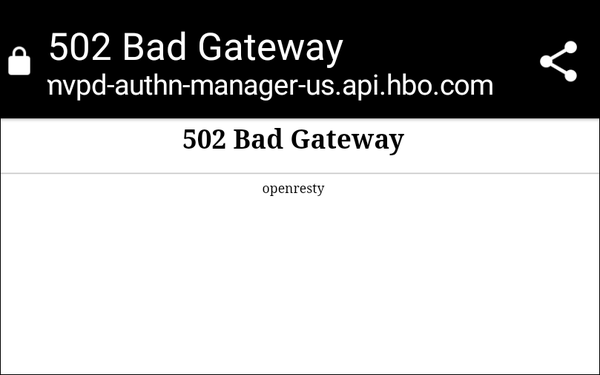 Spoiler alert: This is one of those self-indulgent columns in which I write about my own user experience. I’m disclosing that, because sometimes when I do that it pisses some people off. That said, I feel I’m entitled because 1) I’m a user; and 2) I have experiences. And in this case, it was a pretty bad one that speaks volumes about the tenuous interoperability between streaming TV providers and the biggest, “mobile-first” technology platforms.

The experience also contradicts a Mobile Insider column I wrote early this year, which suggested that mobile is the new TV interface, because if you ask me, TV still is the best TV interface. And the reason is that for more than 70 years, it has worked virtually seamlessly as a viewer (not user) experience.

Fiddling with rabbit ears aside, the one thing television got right was the fact that it has supreme interoperability standards, thanks to the federal government (the Federal Communications Commission), as well as industry coalitions that understood the only way for a mass medium to get really massive is if everyone could use it without a lot of friction. And regardless of whether you had a Philco, Magnavox, Sony or Zenith, you knew that if you turned it on, you’d get the same standardized signals everyone else got without the need for additional downloads, dumping cache, or hours of interaction with technical support.

And the latter is the main reason why it took so darn long for streaming services -- especially the major SVODs and vMVPDs -- to finally gain any traction. Yes, they got an ample assist from a stay-at-home pandemic, but it was mainly the fact that these services have engineered their technology to the point where they are virtually seamless to the consumer. Almost.

So today’s column is about a personal user experience that highlights how, even now -- when it’s in everyone’s best interest to play well together -- interoperability problems persist.

The backstory is that while I just gave kudos to the TV industry’s frictionless technology, when it came to subscription services, it usually sucked. Specifically, cable TV operators. So a couple of years ago when Altice’s Optimum cable service broke and the company refused to service it, I figured it was a good time to take a leap and signed up for a vMVP: YouTube TV.

And it’s been great up until now, enabling me to access all my channels seamlessly on any device or platform I want, including an infinite cloud-based “hard drive,” etc. Most importantly, I’ve never needed to use its technical support team to use it. Until now.

But don’t get me wrong, the problem isn’t Google, it’s one of its programming partners, HBO Max.

For the past couple of years, I’ve subscribed to HBO Max through YouTube TV. I do that for a couple of reasons, including the fact that I’m old-school and like seeing the linear viewing option in my “live TV” channels lineup. And also because on the occasions I want to access HBO Max content on demand, the HBO Max app has also worked pretty seamlessly.

The only real annoyance is that every so often the HBO Max app would ask me to authenticate my service provider. Normally, this was a simple two-step click, select, authenticate process. Until last week when the link that normally would have let me pass go, rendered a “502 Bad Gateway” error message.

Since I understood that was HBO Max’s, not YouTube TV’s issue, I spent a couple of days trying to resolve it with HBO Max’s technical support team. To no avail.

In the end, the last HBO Max rep I spoke with said he could not resolve the issue and was “creating a report” and would give it to WarnerMedia unit’s engineering team, and that someone else would get back to me.

That was a week ago, so I figured I’d try YouTube TV, because unless they could resolve it, my only other option would be to cancel my HBO Max subscription through them and subscribe to it either directly or through another third party.

The YouTube TV rep was very nice, but he also could not resolve it. He also said he was making a report for his engineering team, but that he personally would get back to me on the resolution.

I really hope they can resolve the Bad Gateway, because chances are, it’s not just me that’s experiencing that authentication issue, but other YouTube TV subscribers. And if they don’t, I’ll have to resolve it on my own, because even as technically advanced as subscription streaming services have gotten, they still suck when it comes to interoperability.

And that's definitely not TV -- or even Google -- it's HBO.
mobile, streaming, tv
3 comments about "It's Not TV, It's '502 Bad Gateway'".
Check to receive email when comments are posted.
Read more comments >
Next story loading