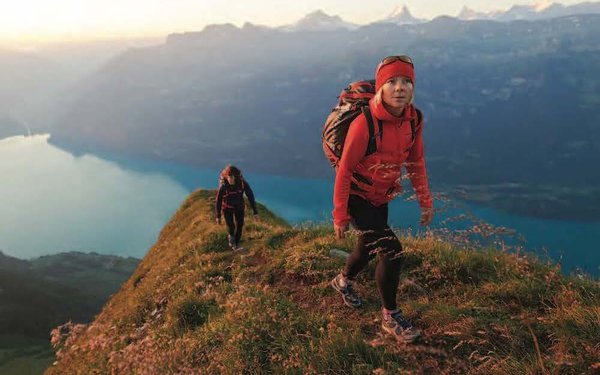 The company is launching a “Rent Your Adventure” program that makes it easy for consumers to tiptoe into the great outdoors without a major investment.

Customers can fully equip themselves with all the pricey paraphernalia that makes camping possible, including tents, sleeping bags and backpack coolers, as well as headlamps, raingear and hiking boots. They can reserve the items online, which are then delivered to their door. The company promises all items are professionally cleaned.

REI, a competitor, already has a well-established rental business, allowing consumers to bring everything from bear canisters to snowshoes to cycling gear. And it also sells used gear. Patagonia, working with Awayco, a rental platform, has dabbled in making its skiing and snowboarding gear available by the day.

“Adventure should be self-prescribed,” says Damien Huang, CEO of Eddie Bauer, in its announcement. “It looks different to everyone, and living your adventure can take many forms. Through our rental program, we hope to reach even more people, offering them the gear, apparel, and resources they need to get outside, whether it’s a hike in their local state park or a backpacking trip they’ve been planning all year.”

Authentic Brands Group and SPARC Group acquired Eddie Bauer earlier this year. The 100-year-old retailer is still based in Seattle.

The announcement comes as Americans are stampeding into parks and campgrounds. Yellowstone National Park, for example, had its busiest May ever, with the number of visitors jumping 11% compared to May of 2019. Arches National Park in Utah has been turning away visitors.

Other parks are reporting that people are waiting for hours for reservation times on popular trails.

The crowding is likely to increase as people gain more confidence, both about navigating COVID-19 risks and their own ability as campers. Kampgrounds of America’s latest annual North American Camping Report finds that the number of people who camped for the first time in 2020–about 10.1 million–represents a five-fold increase from 2019.

And more than 60% of these newbies plan to camp either the same amount or more this year.

About 86 million U.S. households now consider themselves campers, it says, and 48 million took at least one camping trip in 2020. That’s up more than 6 million from 2019. The research also finds that for the first time, non-white and same-sex communities are camping in numbers that either “meets or exceeds national representation,” it says. About 60% of last year’s first-time campers come from diverse ethnic groups, while 61% of same-sex households with children camp, a jump of 12 percentage points over 2019.