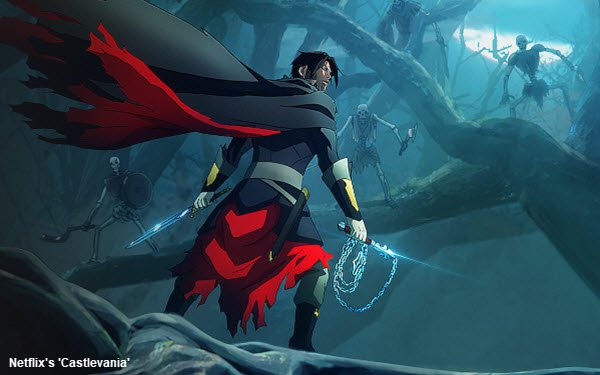 The news that the world’s largest streaming power is focusing on games for its first content production foray beyond films and TV shows is already making waves in the gaming world.

GameStop Corp shares dipped 6% and shares of other gaming players declined by smaller margins in premarket trading on Thursday, as Netflix shares rose 2.4%.

The executive picked to be Netflix’s vice president of game development, Mike Verdu, has most recently served as vice president of Facebook Inc.’s Reality Labs, overseeing Oculus Studios and teams bringing games and other content to Oculus virtual-reality headsets.

Previously, he was senior vice president of mobile for Electronic Arts Inc., overseeing game studios operating brands including “Plants vs. Zombies,” “The Sims” and “Star Wars: Galaxy of Heroes.” He also served as chief creative officer for Zynga Inc. from 2009 to 2012.

Specifics are scarce at this stage, but Bloomberg sources report that Netflix is planning to build out its gaming team in coming months, and has begun recruiting to fill game-development positions via ads on its website, with the goal of offering video games on its streaming platform within the next year.

Netflix plans to offer the games as a new programming genre on the streaming service, alongside existing content — and currently does not plan to charge additional fees for the games, those sources said.

With its high streaming subscriptions saturation slowing its growth in the U.S. market, Netflix has pushed into ecommerce with a branded merchandise store, pumped up its childrens’ fare, and lured Steven Spielberg to develop original content.

Video games should help Netflix compete for new subscribers and retain existing ones amid the expanded array of major streaming services — some of which, unlike Netflix, offer access to live sports. They could also serve to help cross-promote Netflix’s original streaming content, and perhaps eventually allow the company to increase its service fees while minimizing subscriber losses.

Netflix has also spent several years building a collection of exclusive TV series based on video game licenses, including animated series based on “Castlevania” (shown above) and a live-action version of “The Witcher,” notes Ars Technica.

“This is a natural extension of [Netflix’s] content strategy, allowing it to mine intellectual property from popular shows like ‘Stranger Things,’” BI media analyst Geetha Ranganathan told Bloomberg. “Though it may not generate much additional revenue, it will help deepen engagement and increase the service’s appeal and pricing power. Don’t expect this to be a turning point, but it shows that the company will explore new formats to increase time spent on the platform.”

Experts point out that Netflix will have to tackle numerous issues, including whether it can or should use its streaming app to try to deliver a smooth gaming experience to numerous, incompatible gaming devices.

But some analysts do see potential for a disruption of the gaming ecosystem.

“This feels like a significant event with broad ramifications across the video games landscape," Citigroup analyst Thomas A. Singlehurst wrote in a note cited by MarketWatch.

Netflix’s entry is likely to accelerate video games’ transition to cloud-based platforms, which could trigger a “shift in the monetization model for the traditional PC/console side of the market," he wrote.