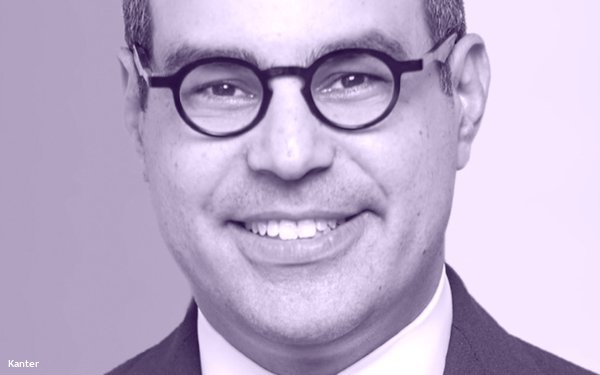 If confirmed by the Senate, Kanter will lead the government's pending antitrust lawsuit against Google, which accuses the company of illegally monopolizing the search market.

He would also join other prominent industry critics tapped by the Biden administration for leadership roles, including Tim Wu, now on the National Economic Council, and Lina Khan, the new Federal Trade Commission chair.

“For years, Jonathan Kanter has been a leader in the effort to increase antitrust enforcement against monopolies by federal, state, and international competition authorities,” she stated.

Kanter -- currently a partner at the boutique antitrust firm The Kanter Law Group -- has served as outside counsel to the News Media Alliance, which is lobbying for an antitrust exemption that would enable news organizations to bargain collectively with Facebook and Google.

He was also a partner at the law firm Cadwalader, Wickersham and Taft between 2007 and 2016 -- during which time the firm represented two companies in high-profile antitrust lawsuits against Google.

One of those cases was brought by comparison shopping site myTriggers, which alleged that Google hiked the cost of myTriggers' pay-per-click ads by as much as 10,000% for anticompetitive reasons.

A judge in Columbus, Ohio dismissed the claims in 2011, ruling that myTriggers' allegations against Google wouldn't support the claim that the company acted anti-competitively.

myTriggers appealed, and also brought an amended complaint against Google. The companies apparently resolved the matter in 2013, according to court records.

The other lawsuit was brought by TradeComet, which alleged in a 2009 complaint that Google raised the minimum price per click it charged TradeComet's SourceTool.com division by 10,000%, from 5 to 10 cents per click to $5 to $10 per click. As a result, SourceTool, a business-to-business vertical search site, stopped buying as many keywords and visits to the site plummeted.

That case was dismissed on the grounds that Google's contract with advertisers required disputes to be brought in California, not New York.