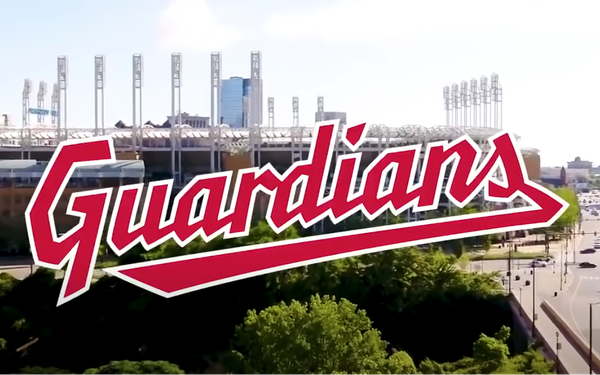 The Cleveland Indians are rebranding as the Cleveland Guardians, the team announced Friday.

After the Washington Redskins faced pressure last year from sponsors like Nike, Pepsi and FedEx to change its name, the owner of the Major League Baseball team announced in December it will no longer be known as the Indians, the team’s name since 1915, after 2022.

But the change is coming more quickly than anticipated. The new name — as well as a new logo and other graphics — will take effect after the 2021 season, per Friday’s announcement.

The team created a 90-second video to promote the new name featuring a voiceover by Tom Hanks, who began his acting career in Cleveland. The video has been viewed more than 20,000 times on YouTube.

The announcement states that fans were at the heart of the decision. More than 40,000 fans were surveyed and 4,000 fans signed up to participate in research via a team name website.

“We heard this name often from our fans as a top contender because of its connection to the iconic Cleveland landmark — the Hope Memorial Bridge that stands just outside of our ballpark, where the Guardians of Traffic have become a symbol of the city's resiliency,” per the announcement.

The new logo will maintain the red, white and navy color scheme that has been part of the organization for more than 80 years. The new Diamond C is an evolution of the team’s classic Block C and respects the tradition and heritage of Cleveland baseball, according to the team.

A new “Fastball” logo embodies what it means to be a Cleveland Guardian “in its strong, yet simple design,” per the team. It is inspired by both the helmets and wings of Hope Memorial Bridge’s Guardians statues.

The renaming of any brand can have its challenges, and brands with large fan bases face an extra hurdle, says Courtney Campbell, creative director and founder of Campbell Creative, a branding agency.

“The loyalty and brand equity they have built over time is directly tied in to the camaraderie of the team and fan base,” Campbell tells Marketing Daily. “A new name affects everything from the logo to the uniforms to the chants in the stands.”

The key to the success of any new brand name is getting the buy-in of key stakeholders, she says.

"In order to do that, providing them with a story with a ‘why the name’ to latch on to is key,” Campbell says.