A Medal You Can Bite And Eat As Well 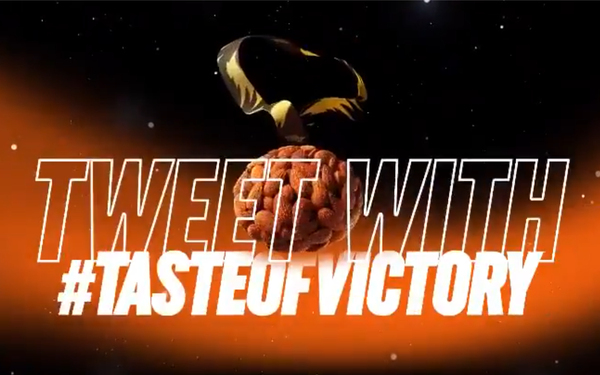 Given the strict COVID-19 safety precautions at the Tokyo Olympics, fans at home may see less pictures of athletes biting into their gold medals.

But almond maker Blue Diamond and its agency TBWA/Chiat/Day LA thought of a way to let the fans do the biting, creating a medal out of almonds.

The agency made medals out of spicy Blue Diamond Xtreme Almonds and is asking fans to interact with the brand and tweet their favorite winning Olympics athlete for a chance to receive their own Xtremes Medal.

The “Taste of Victory” will be spicy, but how many almonds does it take to make one medal and how do they stay intact? Answer: It takes approximately 20-25 almonds to make a medal. The almonds are affixed to a biscuit-style flat cookie with tasteless, and edible, piping gel.

Fifteen almond medals have been sent out, with more to come.

Blue Diamond is a sponsor of the USA Surf Team, and this is TBWA\Chiat\Day LA’s latest social activation for the brand.

Previously, the agency carved fans’ faces in almonds if they sent a selfie. And it launched the brand’s TikTok channel with a 6-part musical series called “Breeze High: The Musical,” with original soundtracks form a Disney composer.