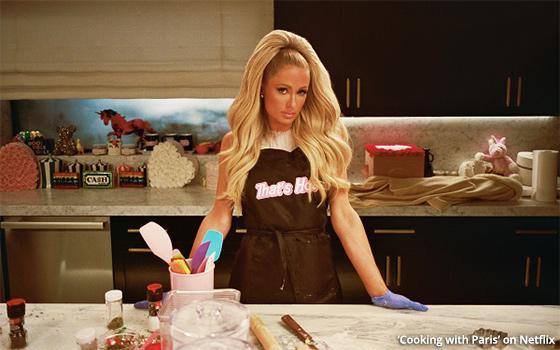 Long ago in a newspaper newsroom not all that far away, I asked the editor of that paper’s famed gossip page about Paris Hilton.

“What’s the deal with Paris Hilton?” I asked him one day in the late ’90s when Paris and her sister Nicky, heiresses to the Hilton hotel fortune, were cutting their first swaths of fame as mischievous socialites on the New York nightlife scene.

He laughed and said of Paris, by way of explaining her behavior: “She’s crazy.” And crazy she might have been, but it turned out she was crazy like a fox.

From an early age, she seemed to have an instinct for publicity, and what she needed to do and say, and how to act, to get it. So she played a role that was part rich, privileged socialite and part ditzy blonde that was not entirely removed from what she really was -- except for the ditzy part.

At some point, she became smart enough to realize that playing a parody of herself was a shrewd direction in which to take her brand, and the result was “The Simple Life,” the reality TV series she did with long-time friend Nicole Richie for three seasons (2003-05) on Fox.

In the show, these two young women -- both daughters of Beverly Hills privilege -- traveled the country to try and learn how everybody else lived. The results were hilarious, and “The Simple Life” emerged as one of the most memorable shows of the early-reality era.

Now 40, Paris is back playing n older version of the part-fictional, part-real “Paris Hilton” in a cooking show premiering this week on Netflix.

The premise, indeed the very title of the show, goes to the very heart of the image she has crafted for the better part of two decades. The title elicits this reaction: Paris Hilton cooking? You have got to be kidding!

Then, of course, you simply must watch the show -- or at least sample it -- to see just what on Earth Paris Hilton is up to now.

In this show, as in “The Simple Life,” Paris plays the part of the filthy-rich heiress as a fish out of water. The series’ first episode opens with her shopping in a supermarket and pushing a shopping cart while absurdly dressed to the nines.

When she stops to linger in the cereal aisle, she provides a voiceover. “Cereal is my favorite food group,” she says, “and my number one? Lucky Charms!”

She informs us that she especially loves the famous Lucky Charms marshmallow shapes, which will inspire her later in the episode when she gets together in her home with an old friend, Kim Kardashian, to make breakfast.

Blue marshmallows will somehow be incorporated into the breakfast menu that will include French toast coated in Frosted Flakes (with the marshmallows as a garnish) and a frittata that Paris promises will be “fluffy as a cloud.”

As the episode proceeds, Kim does more of the actual work in this cooking process, while Paris play-acts that she doesn’t know a blender from a mixer, and claims she never realized that a pair of tongs she owns were actually called “tongs.”

Her perplexity over the kinds of kitchen gadgets that are familiar to everybody else is part of her act, and even if we don’t believe it, we welcome Paris Hilton back to TV anyway.

And if we had an opportunity to ask her a single question about her return to TV, the question would be: What took you so long?

“Cooking With Paris” starts streaming on Wednesday (August 4) on Netflix.