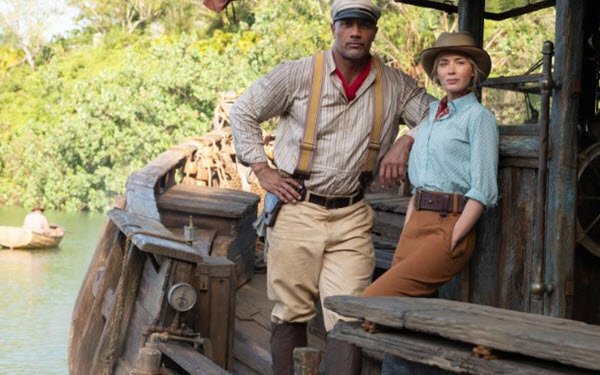 That was a bit better than expected, given COVID’s revival due to the Delta variant and unvaccinated populations.

The film also made $30 million through $30 pay-per-view fees on Disney+.

But with a $200-million budget, that opening would not have been considered propitious in pre-pandemic days.

“Jungle Cruise” may be the last movie Disney opts to release simultaneously in theaters and on Disney+, or so-called “day-and-date” mode, according to CNBC.

In May, Disney announced that sci-fi movie “Free Guy” (Aug. 13) and Marvel’s “Shang-Chi and the Legend of Ten Rings” (Sept. 2) would be released exclusively in theaters, albeit with a shortened, 45-day window.

And pressure has been building against the hybrid model.

The National Association of Theatre Owners asserted that the hybrid release of “Black Widow” has resulted in under-par opening and subsequent box-office sales. The movie made $80 million in domestic opening weekend ticket sales — the most of any film since March 2020 — but should have made $92 million to $100 million, NATO claimed.

However, Disney's return to theatrical-only windows for some films was announced before the Delta variant-driven COVID resurgence.

And Disney did not actually specify whether upcoming big-budget films like Marvel’s “Eternals” will have a theatrical-only window.

Further, with some, mid-budget movies, including the live-action remake “Pinocchio,” an “Enchanted” sequel (“Disenchanted”) and “Sister Act 3,” Disney has opted to drop any theatrical release in favor of Disney+-only releases.