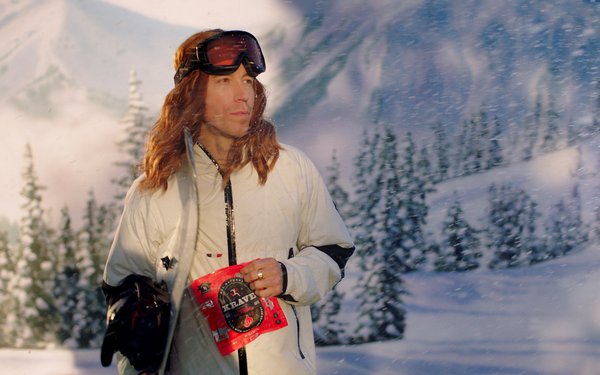 Shaun White is a Krave investor and global brand ambassador, and “Krave Better” marks the company’s first campaign since a rebrand earlier this year, after Sonoma Brands bought Krave back from Hershey's in 2020.

In a 45-second ad created by Erich & Kallman, White laments that extreme sports are a part of his life, but only a part. He begins the ad with long hair and a snowboard and ends with shorter locks, a skateboard, and a chill persona.

The main message: Krave is a healthy snack, but it doesn’t need to be preceded by an intense training session. Sometimes, you just want a good-for-you snack in the midst of a typical day.

“We wanted to create something that feels fresh and different for a protein brand, to complement Krave’s updated product and packaging and unique position as a snack for everyday adventures,” said Eric Kallman, co-founder & chief creative officer, Erich & Kallman.

The ad is running on NBC’s digital platforms during the Olympics, where White is guest commentating.

And what of having a winter Olympics athlete in a campaign during the summer Olympics?

“We wanted to feature Shaun in Krave's first campaign since the relaunch, and when we learned he would be guest commentating in the Tokyo Games, the timing felt right,” the agency said. “We did not set out to make this an Olympics campaign. The timing worked out so that the campaign first aired during the Games. The effort will continue throughout the summer.”