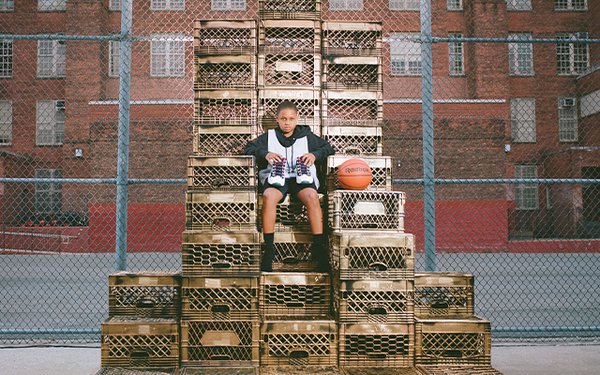 Reebok prides itself on representing a scrappy kind of baller and thinks that kids with plenty of street hustle are as much a part of the game as larger-than-life NBA legends.

So it just released Courting Greatness, a digital tool that uses augmented reality, along with the cameras and measurement features built into most phones, to map out court features anywhere -- on walls, fences, parking lots and alleyways.

The idea is to give kids and teens "more places to play," says Inge Stenta, head of U.S. marketing for the Boston-based Reebok. "We want to shine a light on those areas that maybe don't have as much access to basketball. It's a significant piece of the fabric of those communities, but they often don't have the courts, or they are not well-maintained.”

And while Reebok has worked to help refurbish basketball courts, "with this tool, they can do it themselves."

Stenta says the new tool continues the spirit of its recent CrateMaster film, an inspiring eight-minute story about an extra-gritty short kid's path to shoes that mean something.

"We continue to be completely awed and inspired by these consumers," she tells Marketing Daily. "Not only are they resilient in their ability to battle through these challenges, they just continue to reimagine things and find alternative ways to play."

To build awareness, Reebok is teaming up with local artists that share that DIY energy, with playable basketball art installations. The first, a Brooklyn installation from the New York Sunshine Install Team, honors the release of the Question Mid "Iverson Four," a sneaker inspired by the 2004 men's basketball national team uniforms worn in Greece. (That launch is linked to the Olympic games, with this year's U.S. men's team heading into the semifinals.)

Made from upcycled materials, the art installation has three hoops at various heights, creating a playful environment for fans of any size or age.

Local artists in Los Angeles, Philadelphia and Atlanta are on deck for more playable art installations.

Stenta says the effort reinforces Reebok's brand image. "We've always been a little bit of an outsider -- it's the history that we've had within basketball. This way of playing and being imaginative -- like creating your own court -- that's as important to us as the hero athletes on the NBA courts. So being able to highlight those communities? That's been great for us."

Meanwhile, still no word on Reebok ownership. Adidas, which bought in back in 2006, announced in February that it intends to sell the division, which has been losing market share.