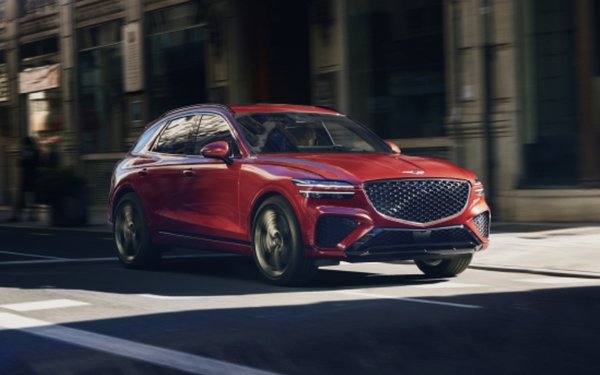 Genesis has signed on as the title sponsor of the Scottish Open, one of Europe’s most prestigious golf tournaments.

The event will be renamed the Genesis Scottish Open starting in 2022.

The designation comes at an important time for the golf event, as it will be co-sanctioned by the PGA Tour and European Tour for the first time.

“Adding an existing strong title sponsor in Genesis to our Strategic Alliance in the form of the Genesis Scottish Open is a significant step for the global game,” said PGA TOUR Commissioner Jay Monahan in a release.

The announcement also comes at at time when Genesis has been working to elevate its brand in the European market.

In May, Genesis announced its upcoming European debut, and in June, it marked its arrival with the largest-ever 3D projection, on a mountain in the Swiss Alps. In July, Genesis officially began sales in Europe, starting with the G80 and GV80, while also participating in the 2021 Goodwood Festival, where it premiered the G70 Shooting Brake, its strategic model for the European market.

In the U.S., Genesis supports the PGA as the title sponsor of The Genesis Invitational at Riviera, which is played in February in Pacific Palisades, California.

It has been a part of the PGA Tour since 2017 and has included other golf tournaments including The CJ Cup and The Presidents Cup. Genesis also runs the Genesis Championship within the KPGA and Korean Tour Genesis Points.

“Genesis and golf share a culture centered on respect, mutual admiration, and innovation,” Change says in a release.