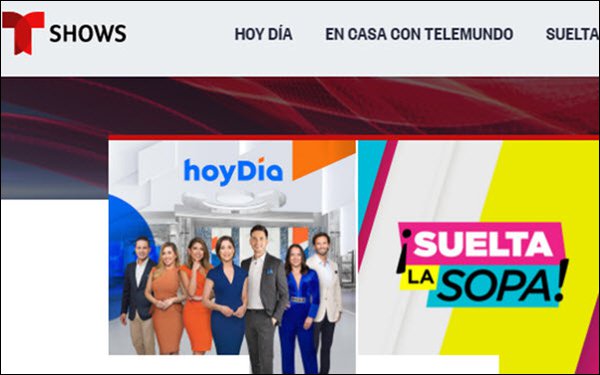 NBCUniversal Telemundo Enterprises has formed a business division dedicated to expanding Hispanic streaming audiences through programming on Peacock and other NBCU and Telemundo platforms.

The new division will be responsible for developing a content slate spanning 50-plus projects leading into 2022 and beyond.

Unlike its television competitor Univision, which recently launched ad-supported streamer PrendeTV, Telemundo has been focused on producing programming for Peacock.

“The NBCUniversal Telemundo Hispanic Streaming division immediately unifies and amplifies our unmatched resources and reach to our audience across the company, accelerating our presence on Peacock and the entire NBCU streaming portfolio,” stated Beau Ferrari, chairman of NBCU Telemundo Enterprises, in announcing the unit.

Telemundo’s Romina Rosado has been promoted to executive vice president and general manager to lead the new division, reporting directly to Ferrari.

She will lead cross-company efforts and work with Peacock’s leadership, along with the recently created Telemundo Streaming Studios, to expand Latino content, including development of original content.