Testing, Testing: Will Plant-Based Foods Be A QSR Fixture Or Niche? 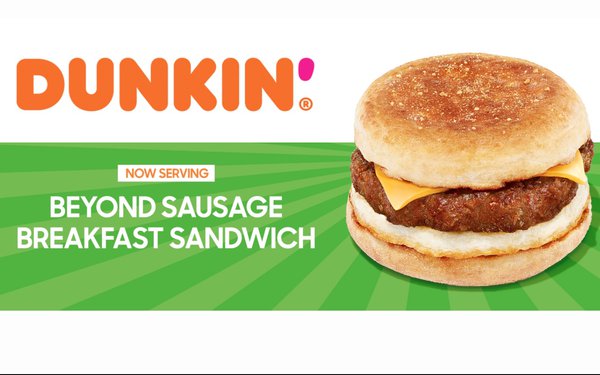 With Pizza Hut joining Little Caesars in offering plant-based pepperoni, it’s worth pondering whether meat substitutes will be relegated to toppings and limited-time menu offerings in the QSR world.

While plant-based foods continue to gain retail distribution, major restaurant chains are still trying to figure out whether they’re worth the effort—and if so, to what degree.

Pizza Hut said this week that, in partnership with Beyond Meat, it will test Beyond Pepperoni at about 70 locations in five U.S. markets.

“In BTIG’s view, plant-based meat is here to stay but will likely remain a niche category in quick-service for some time given the lack of customer demand and competing menu priorities,” BTIG analyst Peter Saleh wrote this week.

Two months ago, Dunkin’ culled Beyond Sausage sandwiches from all but several hundred of its U.S. locations. In January, the chain had debuted a plant-based breakfast sandwich from #1 veggie brand MorningStar Farms “following the success of last year’s Beyond Sausage Breakfast Sandwich launch,” Dunkin' announced at the time.

On a Q2 earnings call with financial analysts last week, Beyond Meat executives talked about the impact of Dunkin’s move and the oft-ephemeral nature of plant-based foods at QSRs.

“We did see a significant reduction in distribution at Dunkin’ Brands as they rationalized their menu,” said Beyond Meat CEO Ethan Brown. “If you look back at our history of QSR launches, we are, from time to time, going to cycle off menus.”

Beyond Meat says it remains the #1 brand in foodservice.

Having announced last fall its intention to launch a plant-based burger called McPlant, McDonald’s remains mum on the timing of its U.S. availability. McPlant was tested in Canada and McDonald’s is now experimenting with it in Denmark and Sweden.

Marketing Daily reached out to a McDonald’s rep for clarification but had not heard back by deadline.

On the retail side, plant-based marketer Planterra Foods recently expanded its Ozo frozen and fresh lines with the addition of five new meals in the categories of chicken, turkey and beef.