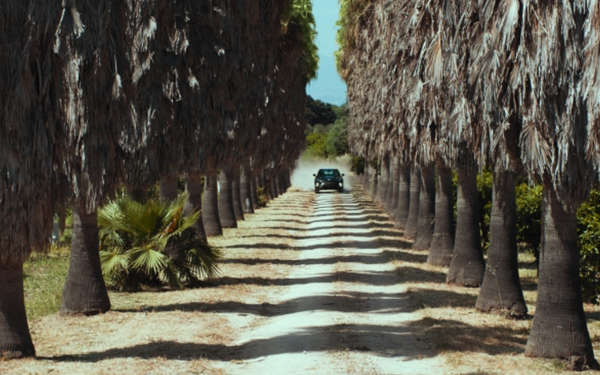 Directed by Italian director Luca Guadagnino, the film shows British actor Josh O’Connor (Prince Charles in “The Crown”) undertaking a dream-like excursion at the wheel of the Aston Martin DBX.

Filmed on location in Sicily, creative shows a journey through the island’s vineyards and dirt roads, culminating in a visit to a mysterious but elegant villa.

Although it is an SUV, the DBX shares its DNA with its sports and GT siblings, according to the automaker. Performance and an ultra-luxurious hand-crafted interior is emphasized in the creative.

“He can turn his talent from creating a stunning logotype, to shaping an iconic image, being a brand ambassador for a city or even reshaping a whole corporate identity,” Reichman says in a release. “Together with Luca and Josh, we have three very different but definitive creative characters.”

The film conveys what it feels like to be part of the 108-year-old brand and “be truly engaged with the spirit and ethos of the company,” Reichman says, calling it “an elegant meditation on desire, dreams and emotions.”