GM Partners WIth AT&T To Increase 5G Connectivity In Vehicles 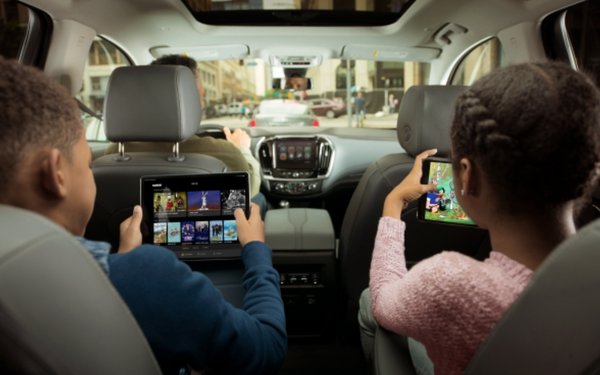 General Motors and AT&T are partnering with the goal of bringing 5G cellular connectivity to millions of GM vehicles over the next decade in the United States, starting in 2023.

The two companies aim to set the benchmark for automotive connectivity with a fifth-generation cellular network architecture to meet the needs of an all-electric and autonomous future. GM has stated it will launch 30 new EVs globally by the end of 2025 and will stop producing gas cars in 2035.

This rollout is part of GM and AT&T’s broad strategy to launch the world’s largest fleet of 5G-enabled vehicles and the culmination of a two-year collaboration, including test-driving connected vehicles at GM’s 5G proving grounds in Milford, Michigan.

GM says the network improvements will be foundational for the future of its growing over-the-air update strategy, an element of the automaker’s overall innovation and growth plan.

Since the launch of 4G LTE in 2014, GM owners have used more than 171 million gigabytes of data across its brands, which is equivalent to nearly 5.7 billion hours of music streamed or more than 716 million hours of streaming video.

AT&T and GM have working together since 2014 when they partnered to launch in-vehicle WiFi  hotspots. The companies added WarnerMedia's library of streaming premium content in 2020.