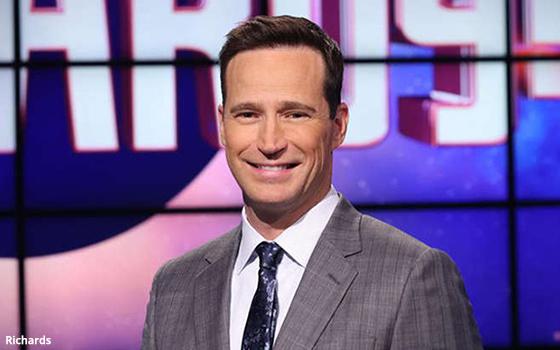 New “Jeopardy” host Mike Richards is bowing out, due to controversial past statements. The syndicated game show will look to the remaining guest hosts, with former show winner Ken Jennings appearing to be a front-runner.

Over $350 million in national TV advertising revenue per year is on the line.

Jennings posted the best results over all other contenders, averaging 2.33 million viewers for his guest appearances, according to LG Ads, the TV advertising inventory/TV data division of the smart TV maker. LG Ads has a footprint of 20 million smart TV homes.

Jennings even posted slightly better numbers than Richards: 2.33 million versus 2.26 million. Also, Jennings' results compare most favorably to the late and longtime host Alex Trebek, who averaged 2.7 million over similar comparable dates in 2020.

Eight other guest hosts were further down the list, including LeVar Burton, Savannah Guthrie and Mayim Bialik. Bialik got the nod for prime-time episodes/special spinoffs of the game show.

Last year, the syndicated daytime show took in $350.3 million dollars in national TV advertising revenue, according to estimates from Kantar. This was higher than the 2019 results of $317.8 million, and for 2018, which came in at $322.2 million.