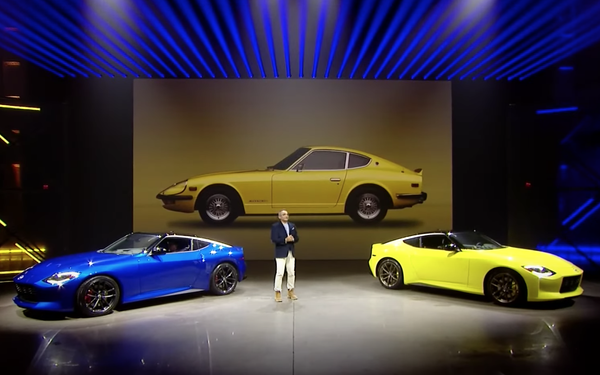 “It was a very limited number of folks, but the event went off well,” according to a Nissan spokesperson. "As it was a global reveal -- including for Japan and ZCON, the annual Z car convention (taking place in Colorado Springs this past week)  -- our audience was mainly virtual.”

At the live event, Nissan adhered to New York City laws and regulations, as well as for the venue itself. The automaker required guests to wear masks as well as provide either proof of vaccination or a negative PCR test from within 72 hours before the event. Even before the auto show’s cancellation, attendance was limited to 250 (including staff) even though the event space could accommodate well over 1,000.

Infiniti also hosted a live event in New York on Wednesday. The luxury automaker unveiled its 2022 SUV and crossover lineup at an installation at the Oculus Transportation Hub.

Another vehicle that was set to debut at the New York show was Hyundai’s all-new 2022 Elantra N. The automaker instead pulled the wraps off the vehicle in a 17-minute online debut. Elantra N is a high-performance variant of the new Elantra.