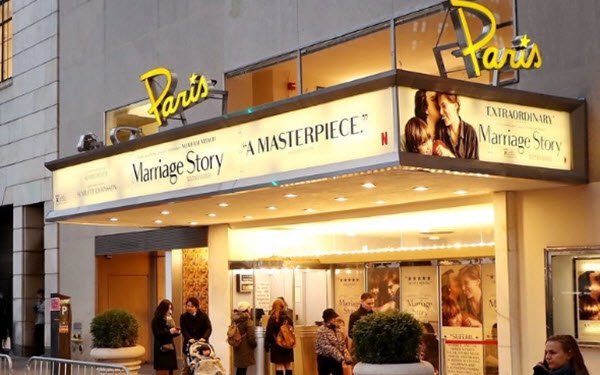 Netflix is considering more theatrical runs, with traditional windows, for some of its original films, according to a JPMorgan analyst.

During last week’s CinemaCon conference in Las Vegas, executives from several exhibition companies told JPMorgan analysts that Netflix has “real interest” in showing some of its movies in theaters for extended periods, Alexia Quadrani wrote in a research note on Monday, reports CNBC.

“Netflix desires its movies to have a bigger cultural impact,” she added. “The company is in process of determining how to market its movies and the amount to commit for ad spending, as most wide releases would cost $50m or more for [print and advertising].”

Although windows of around 45 days have replaced the traditional 90-day window since the pandemic altered the dynamics of the business, “A theatrical window that is too short defeats the purpose as it becomes hard to market a movie with a limited run,” Quadrani pointed out.

Netflix films have had limited theatrical exposure — aimed largely at qualifying some films for Academy Awards consideration — up to now.

The streaming giant exhibits some of its movies in New York City’s Paris Theater (above), which it saved in November 2019 by signing an extended lease, and in Hollywood’s iconic Egyptian Theater, which it outright acquired in May 2020.

“I can’t see us doing a chain or expanding in theatrical,” Hastings told The Hollywood Reporter. “We want to really focus on internet entertainment and trying to just continue to improve our series, our films to make them the best in the world.”

However, Netflix’s slowed domestic subscriber growth amid the intensified competition from major new streamers, as well as pumped-up content investments at existing competitors such as Amazon Prime Video, could be prompting a reconsideration on the theatrical release front.

Netflix has not responded to CNBC’s request for comment.

In recent days, Netflix announced plans to release 42 new movies and documentaries in the four months remaining in 2021, then hosted its first online global “fan event” to promote that lineup.