No End In Sight For Beyond Meat, Don Lee Farms Litigation 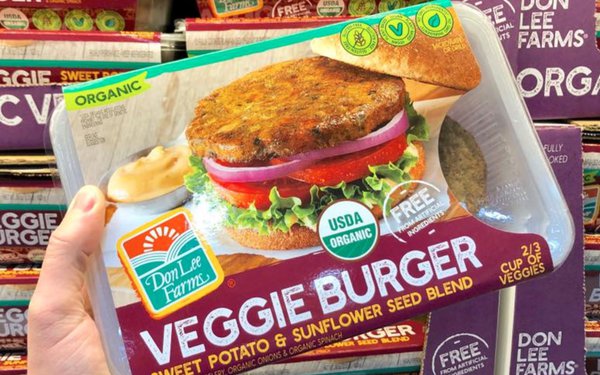 Litigation that began in 2017 between Beyond Meat Inc. and its original manufacturing partner, Don Lee Farms, has taken a turn in Beyond Meat’s favor -- but the dispute is far from over.

On Friday, a Superior Court judge in California ruled Don Lee’s allegations that Beyond misappropriated trade secrets and posed unfair competition won’t be considered in a trial scheduled for May of 2022.

The dispute’s roots date to 2014 when Don Lee signed an exclusive agreement to manufacture the Beyond Burger.

In 2017, Beyond Meat terminated the relationship, transferring production and processing to other food manufacturers. At the time, Beyond Meat claimed that it had discovered “dangerous pathogens” at a Don Lee facility in Texas that resulted in contamination of Beyond Meat products.

Don Lee then sued Beyond Meat in California. The company alleged, among other actions, that Beyond Meat had altered and excluded certain information from a report from its food safety consultant about the alleged contamination.

In May of this year, the Superior Court found that “the product in question was not adulterated” and that Beyond Meat provided no evidence Don Lee had not met the terms of its contract.

Two weeks ago, Don Lee stepped up its case with regard to the alleged contamination by filing a motion to compel in Superior Court. The company is seeking the appointment of an independent forensic examiner to assess “the potential deletion of text messages” by Beyond Meat co-founder and CEO Ethan Brown.

According to Don Lee, the court had previously ordered Beyond Meat to provide an explanation for “the 17 months for which [Beyond Meat CEO] Ethan Brown has produced no text messages as well as the missing text messages evidently sent or received but not produced.”

Moreover, Don Lee has alleged that during its partnership with Beyond Meat, the company “raised significant concerns regarding inadequate food safety protocols for raw materials produced at Beyond Meat’s facility, after receiving adulterated product to be used to make consumer items for Beyond Meat.”

In the ruling on Friday, the Superior Court judge granted Beyond Meat’s motion for summary adjudication on Don Lee Farms’ claims for misappropriation of trade secrets and unfair competition.

“The Court’s ruling puts an end to the fictional narrative Don Lee Farms has attempted to use throughout this case that Beyond Meat misappropriated Don Lee Farms’ trade secrets to manufacture the Beyond Burger and other products,” Beyond Meat said in a news release.

The release did not mention the contamination dispute.

Beyond Meat said it intends to pursue its claim that Don Lee misappropriated Beyond Meat’s trade secrets to create its own line of “copycat products."

Marketing Daily reached out to family-owned Don Lee for comment but had not heard back by deadline.