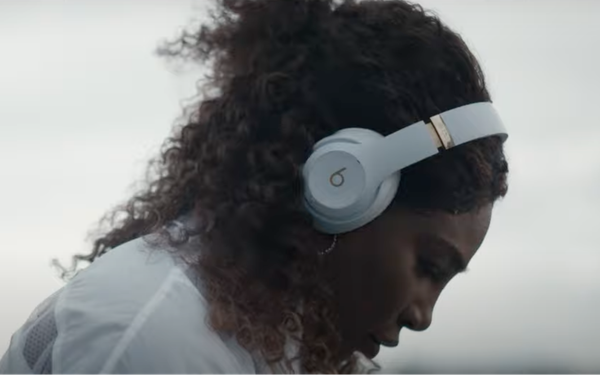 Subway is running a new ad with Serena Williams, proving it knows how to keep its athlete-studded marketing as fresh as its artisanal rolls.

The restaurant chain launched the "Eat Fresh Refresh" earlier this summer, with a cast that also includes the NFL's Tom Brady, the NBA's Steph Curry and Olympic soccer star Meghan Rapinoe. A full menu of ads feeds off the simple joke: There's way too much new stuff happening at Subway to fit in a single ad.

The Serena Williams spot takes the campaign out of the sandwich shop and into the realm of other ads. In this case, the spillover copy winds up in her Beats by Dre ad as a song playing on her headphones. She listens soulfully as "they rap about the meat they stack."

The spots even have toll-free numbers, where people get the thrill of having these legendary local pitchmen putting in yet another plug for Subway.

Subway is privately owned, so no word yet on what kind of impact the high-power campaign is having. According to a recent report from Restaurant Business, the chain's market share of the sandwich shop segment of QSR land fell to 28% in 2020, from a high of 41% back in 2013.