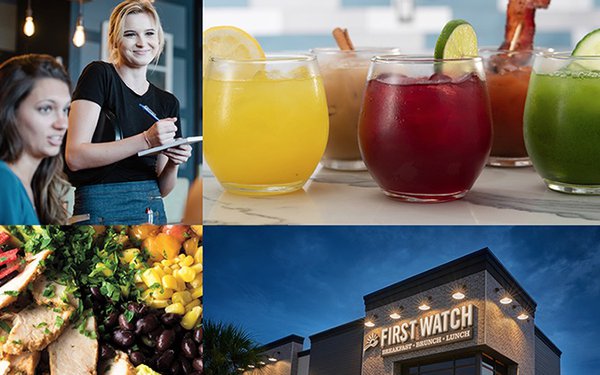 Founded in 1983 in California, First Watch has established a niche by serving only breakfast, brunch and lunch from one menu featuring fresh and healthy foods.

On Tuesday, First Watch Restaurant Group Inc. filed a possible initial common stock offering with the Securities and Exchange Commission. The filing did not indicate how much money the company—which relocated its headquarters to Florida in 1986—might raise.

In addition to paying off debt, proceeds from a public offering would help to expand First Watch’s advertising activity—which has largely consisted of word of mouth for 38 years.

The name First Watch derives from the term that signifies a nautical crew’s first shift of the day. Its mostly corporately owned locations are open seven days a week from 7 a.m. to 2:30 p.m.

The chain specializes in approximately 60 “made-to-order” entrée items made with such protein-rich ingredients as cage-free eggs, quinoa, organic mixed greens and all-natural chicken. One of its differentiating boasts is that “you will not find microwave ovens, heat lamps or deep fryers in our kitchens.”

Its most significant shift during the pandemic was the addition of alcoholic beverages last November. In line with its food offerings, the drinks combine fresh juices and ingredients with a variety of liquors ranging from coconut rum to tequila, gluten-free vodka to sparkling wine.

Now in 28 states, the chain’s largest footprint is in Florida (102 restaurants) followed by Texas (55). It has no presence in California or the Pacific Northwest.

“Our deeply experienced restaurant development team in partnership with a third-party real estate analytics firm conducted an in-depth study that concludes we have the potential for more than 2,200 locations in the United States,” the offering document states.

A concurrent lift in advertising spending—now roughly 1% of First Watch’s annual revenue—would help to raise brand awareness. The company cited a nationally representative survey that showed just 11% of respondents are aware of the chain.

“We believe First Watch is still in the early stages of our life cycle, as consumers in our existing and new markets continue to discover the First Watch brand.”

While noting that “organic growth of awareness contributes more to our local feel,” the chain said it recognizes “the future potential of strategically applying advertising dollars in appropriate channels to accelerate this opportunity.”