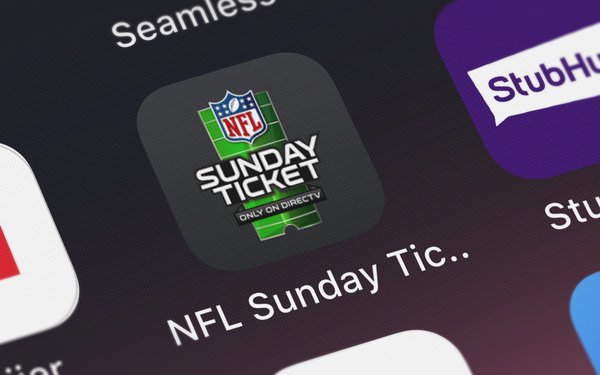 Amid current negotiations for a new NFL Sunday Ticket package of games, AT&T’s DirecTV, for its existing 10-year deal with the package, will pay the league $2.1 billion in “net losses” for the completion of the agreement, which ends after the 2022 NFL season.

For the last several months, other major media players, including Apple and Amazon, were also reported to be in the hunt for “Sunday Ticket.” Earlier this year, ESPN/ABC renewed its “Monday Night Football,” part of a new long-term deal. Amazon will begin exclusively airing “Thursday Night Football” next year. Fox will complete its final “TNF” season this year.

DirecTV executives have said they have no interest in pursuing another deal with the league, considering its yearly losses with the package.

The NFL has been blamed for more TV games overall -- including “Thursday Night Football” -- as well as the league expanding its TV network partners in other areas. Analysts say it has diluted demand for Sunday Ticket.

DirecTV reportedly has been paying $1.5 billion a year for Sunday Ticket in an eight-year deal agreed to in 2014.

In February, AT&T agreed to sell a 30% stake in DirecTV to TPG, in a transaction valued at $15 billion. Last year, AT&T lost 3 million video customers, a large part of those subscriber losses coming from DirecTV.

In the same Securities and Exchange Commission filing concerning the net losses for DirecTV, AT&T noted WarnerMedia sales of Direct TV advertising inventory amounted to $1.7 billion for 2020, with first-quarter 2021 ad revenue at $388 million and second quarter at $410 million.

As part of the agreement, WarnerMedia will continue to sell DirecTV’s advertising inventory until the completion of Discovery Inc.'s proposed $43 billion deal to buy WarnerMedia -- a deal agreed to in June.