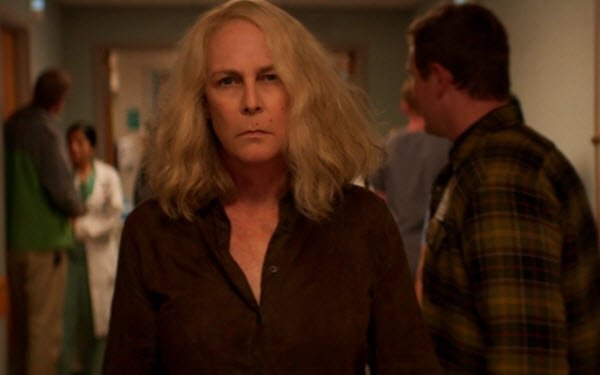 NBCUniversal, looking to further accelerate subscriber growth for its Peacock streamer, will use a so-called “day-and-date” release model for the latest installment in the lucrative “Halloween” franchise.

The “Halloween Kills” sequel, starring Jamie Lee Curtis once again reprising her role as Laurie Strode (above), will be available at no additional charge on the $9.99-per-month, no-ads tier of Peacock.

Universal had originally planned a cinemas-only release for “Halloween Kills.”

It remains unclear whether the studio struck some kind of a specific agreement with the major cinema chains related to the switch to a day-and-date release for this film.

The company drew considerable heat from cinema-chain owners starting with its launch of “Trolls: World Tour” in early 2020, when it followed WarnerMedia’s precedent-setting move to defy traditional 90-day, cinema-only debut windows in favor of simultaneous release on streaming services.

In July 2020, Universal struck a compromise deal with AMC, the world’s largest cinema chain, allowing it to put movies on digital rental services after just 17 days in theaters.

In November 2020, it inked a deal with the Cinemark chain in which any movie earning more than $50 million in ticket sales during its opening weekend must remain exclusively in theaters for at least 31 days, but others can go to digital rental after 17 days.

The Cinemark terms were reportedly also extended to AMC.

Although there is some evidence that day-and-date releases may cannibalize box-office sales, Universal may be willing to take that risk to drive new Peacock subscriptions.

Horror films “tend to have small budgets and easily make back the cost of production at the box office” — quite possibly even with cinemas’ diminished pandemic-era performance, points out CNBC.