Disney's Remaining 2021 Movies To Bow In Theaters Only 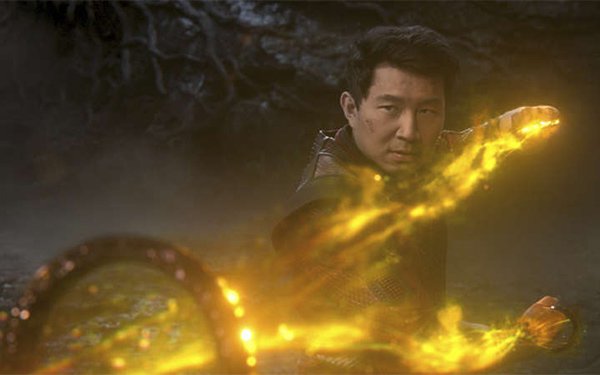 After the box-office success of two films initially released in theaters only, “Shang-Chi and the Legend of the Ten Rings” (shown) and “Free Guy,” Disney has decided to stick with that traditional release model for the remaining six films in its 2021 lineup.

During 2021’s first half, Disney released many of its films simultaneously in cinemas and on Disney+, either at no additional cost to subscribers or for an additional, premium video-on-demand charge.

Now, Disney’s animated musical “Encanto” is set to play in theaters for 30 days starting Nov. 24 before debuting on Disney+ on Christmas Eve.

At $94.7 million, “Shang-Chi” broke the all-time record for the highest-grossing four-day Labor-Day weekend box office, and as of this past weekend hit $145.6 million in U.S. box-office revenue and $257.6 million worldwide.

Disney’s announcement also follows “Free Guy,” which has generated about $240 million globally since its Aug. 13 debut, the fifth-highest worldwide box-office of 2021 to date.

Although “Black Widow” was the No.1 summer domestic box-office film as Sept. 6 ($182.6 million domestic gross), Disney’s decision to go with the so-called “day and date” simultaneous cinemas/streaming model for the film triggered a lawsuit by its star, Scarlett Johansson. Johansson asserts that the model depressed the box-office sales that ultimately determine her earnings, in part by encouraging pirating. Disney disputes her claims.

Cinema grosses as a whole have been picking up. Year-to-date through Sept 11, they are up 21%, to $2.3 billion—although that is still far below the $8-billion 2019 pre-pandemic YTD total for the same period, per IMdb Box Office Mojo.