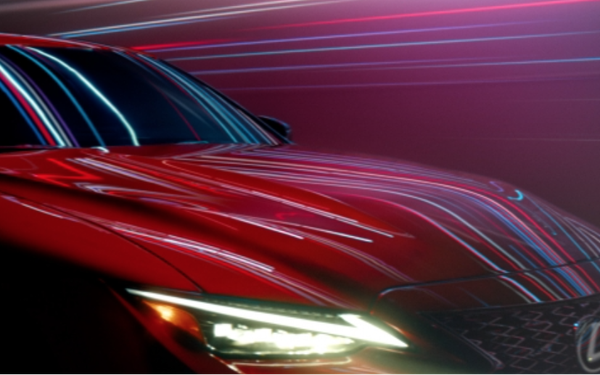 Lexus has enlisted a diverse groups of musicians to collaborate on an original music track inspired by the luxury automaker.

Themed “Emotional Sparks,” the effort celebrates the brand’s commitment to “engineering vehicles that deliver the freedom, excitement and inspiration drivers need to spark their creative visions,” according to Lexus.

The musicians had “in-vehicle experiences” where they studied the technology and design found in the new LS 500h, the all-new NX and the new IS 500.

For the music video, dancer and choreographer Zak Ryan Schlegel brought the song to life. Both the song and music video are live now at www.lexus.com/sparks.

Four 30-second TV spots debuted last night on "Sunday Night Football." Each spot features an excerpt of “No Ceiling” and its inspiration.

In “Plug In, Play Loud,” Nova Wav listens to Audrey Nuna’s vocals while navigating city streets on electric power in the new 2022 NX plug-in hybrid vehicle. “Hands To The Sky” shows how Audrey Nuna’s lyrics take shape as she gets behind the wheel of the 2022 LS 500h, activating the all-new Lexus Teammate Advanced Drive technology.

In “La Via Rapida,” Warner Chappell Music’s Ecko is invigorated by the performance of the IS 500, crafting his verses as he pushes the throttle. Finally “The Asphalt Stage” features Zak Ryan Schlegel bringing a dancer’s perspective as he performs movements inspired by the NX 350h’s Remote Park, a function of Advanced Park.

The spots will continue to air during prime time, late night and sports, including the NFL, college football, NHL and Premier League. The campaign also includes advanced TV, digital, social, print and out of home.

Other elements of the campaign include a partnership with Playbill, The Times Square Alliance and The Broadway League. Lexus will be the automotive presenting sponsor of Curtain Up!, a three-day celebration marking the return of Broadway to the heart of Times Square.