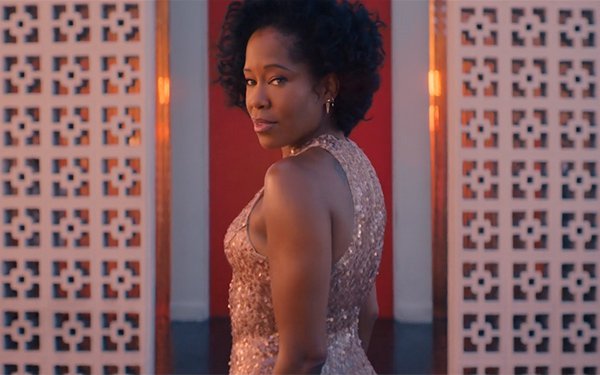 The spot features a new tagline for the brand, “Be iconic,” which "represents Cadillac’s desire to champion each of us to become the most inspirational and aspirational version of ourselves, and to live life on our own terms," Cadillac CMO Melissa Grady Dias tells Marketing Daily.

“This spirit harnesses Cadillac’s 120-year history, our reputation as an undeniable American Icon, but above all gives the Cadillac a new bold vision as it reinvents its future to become an all-electric brand by the end of the decade," she says.

The spot, “The Beauty of Defiance,” supports the opening of reservations for the vehicle. It focuses on vehicle attributes, with King changing up the storyline as the central premise of the spot.

The inference is that, like King, the automaker intends to challenge preconceived notions of an electric vehicle, setting a new direction for the brand, Dias says.

General Motors has already garnered more than 200,000 hand raisers for the luxury electric SUV. It will will open early reservations at 4 p.m. ET Sept. 18 for the vehicle, with pricing starting at $59,990.

The vehicle is expected to be in dealer showrooms in the first half of 2022, although the ongoing chip shortage could interfere with those plans.

The Lyriq first debuted on air during one of General Motors’ Super Bowl spots in February.

The vehicle will offer over 300 miles of range on a full charge and at home charging at speeds up to 19.2kW, the fastest speeds currently allowed by industry standards.

In addition to the new TV spot, Cadillac will be one of the first to use the new YouTube Livestream Masthead from 2 p.m. to 4 p.m. ET on Sept. 18.

The brand has had “great success” hosting livestreams of the Lyriq show car reveal on YouTube and Twitter as well at the CT4-V Blackwing and CT5-V Blackwing reveals on Twitter.

“Innovation for Cadillac does not stop with our vehicles," Dias says. "We are also continuously looking at new and innovative ways to bring content to consumers, where they are already naturally going for news and entertainment.”

During the live stream, tech influencer iJustine, joined by several members of the Lyriq engineering and design team, will act as host. Short segments will feature influencers and mavericks representing culinary, tech and music.