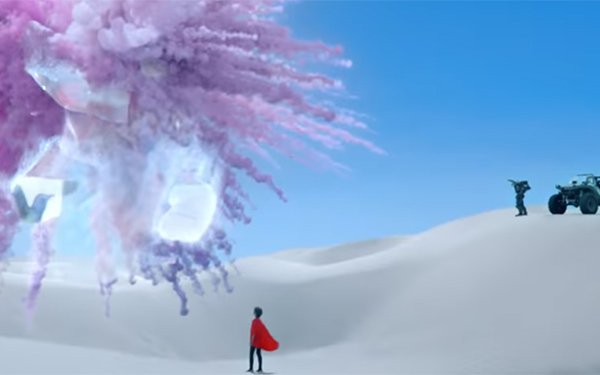 Yesterday was all about Apple and the newly announced iPhone 13, but Microsoft is out there pushing its Windows 11 operating system as well.

To make the case for the upgrade to consumers, Microsoft has rolled out a new spot via McCann, featuring Odessa’s “All Starts Now.” As that song plays, a woman is shown logging in. She is quickly absorbed into a desktop netherworld replete with logos for various software titles. She is then running across a desert, which morphs into a video game. Then she searches “hummingbird” and falls through the sand to what looks like a large concert hall. The spot ends with her joining a man dancing.

Reviews for the new OS are generally positive, with some praising the “beautiful design,” though at least one reviewer went back to Windows 10 after trying it and doesn’t plan to be back.