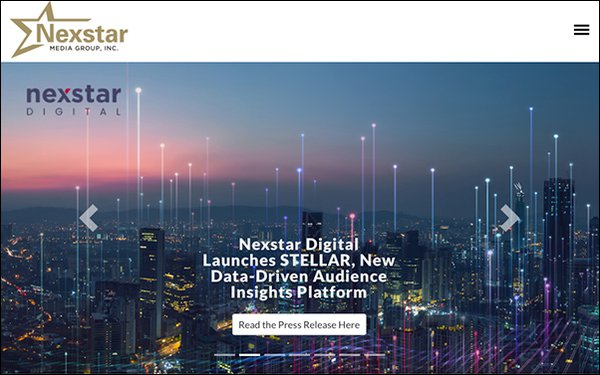 A number of TV station groups have formed these advertising sales platforms -- for their owned linear TV stations and websites, as well as third-party streaming platforms looking to expand the reach of their traditional, legacy TV business.

One of the newest is FLX, which came from the Fox Television Stations group earlier this year. It has the ability to package advertising of local TV stations with 150 OTT/CTV platforms.

Nexstar touts early results for Stellar with a number of clients.

Karen Brophy, president of Nexstar Digital, stated that financial services, retail and quick-service restaurants have seen increases as much as 40 times return on ad spend, 30% more in online orders and 40% gain in revenue on a per-order basis.

Nexstar says Stellar will use “proprietary predictive technology” to determine where a brand’s advertising will perform best against campaign goals, context and content.