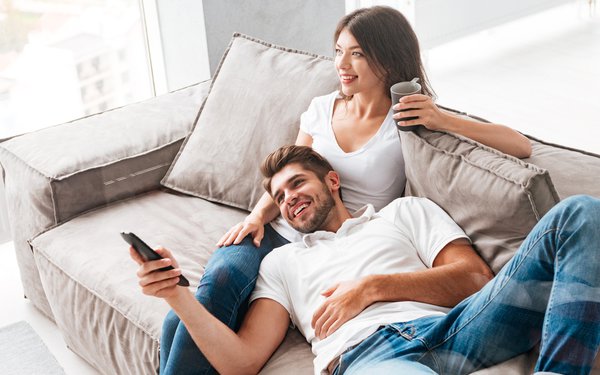 At the same time, those same young viewers -- 18- to-34-year-olds -- go to Netflix 31% of the time after turning on their TV sets. And good news for the five next-biggest streaming platforms and competitors to Netflix is that their share is growing -- now at 24%.

The study characterizes the networks and platforms viewers go to after turning on their TV sets as “default” networks.

When a broader range of consumers 16-74 were asked if they could pick only one individual TV provider/network/platform, “live TV” -- from cable, satellite and telco providers -- was on top with a 35% score. Netflix came in at 28%, followed by Hulu with 16%, Amazon Prime Video, at14%, HBO Max with 9% and Disney+ at 8%.

Looking more broadly at platforms -- online versus pay TV -- 55% of all respondents said online was their “default source for TV viewing," while 39% said that pay TV -- live TV/DVR/VOD -- was their default source.

The data for these results was collected in August 2021, and comes from a study conducted among 1,616 U.S. consumers ages 16-74 who have broadband, and who watch at least one hour of TV per week.

digital, netflix, streaming, television
1 comment about "Young Viewers 18-34 Choose Live TV Only 11% Of The Time After Turning TV On".
Check to receive email when comments are posted.
Next story loading