Apple's 'Hollywood In Your Pocket' Pitch For iPhone 13 Pro 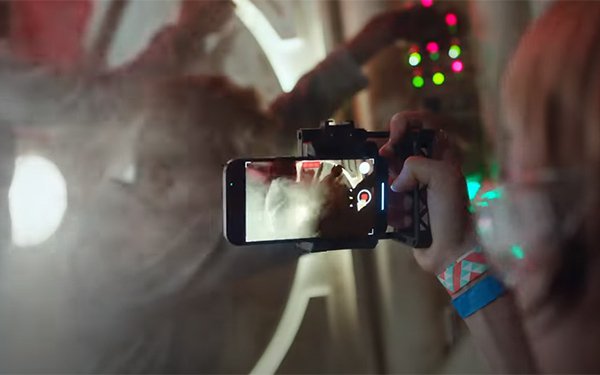 The first ad for the iPhone 13 Pro—from TBWA\Media Arts Lab-- presents the phone as “Hollywood in your pocket.” The 90-second film shows tense, high-action scenes being shot with the phone.

The first scene looks like a gangster movie in which suspects are chased through a hallway, doing flips before one crashes through a window. Just then we see that the window is a fake one. Then we hear the director’s voice: “And cutting. The shot’s done.” The next scene is aboard a spaceship where air is hissing and alarms blaring as two people run. Of course, that’s revealed to be shot by an iPhone 13 Pro as well.

Next are scenes from a war movie and a romantic drama as a song’s lyric says, “Oh, this sure is like a movie.”

Finally, there is a tense Western scene in which card players reveal their hands and one gets caught cheating. Then the crew filming breaks into celebration. The shot is done.

Apple announced the iPhone 13 Pro this week. The phone starts at $999. The model has a full range of 6X optical zoom and uses a Lidar scanner for faster autofocus and nighttime portrait-mode shots. The model also has larger storage capacity options and longer battery life than other iPhone 13 models.