Puzzle Me This: What Is Kate Charles' Home State? 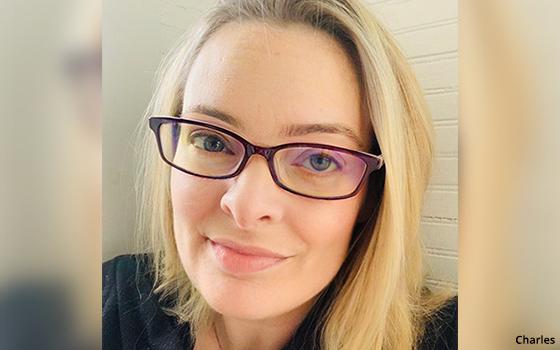 Here’s a clever way for an agency to welcome its first Chief Strategy Officer — devise a crossword puzzle to make her feel right at home. Puzzles and strategy kind of go hand and hand, right?

Prior to Oberland, Charles was Chief Planning Officer at Lippe Taylor Group (parent company for Lippe Taylor and twelvenote) and the planning lead behind the Midol “No apologies. Period” campaign.

Earlier, she led Dentsu agency 360i’s planning department, which played a role in the 2013 Super Bowl “You Can Still Dunk In The Dark” Cannes Lions winning tweet from Oreo. (The New Orleans Superdome went dark for nearly a half-hour as you’ll recall.) Charles also played a role in the agency’s winning pitch for a piece of Coca-Cola’s social media business.

In her new role, Charles will lead the efforts for leading purpose-driven brands such as Strong Roots, GoGuardian, and Okcoin and will report to Oberland CEO-co-founder Drew Train.

Charles is a founding member of Chief, the private network focused on connecting and supporting women executives. She is also launching a women’s health products start-up, Monarxx.

And if you’re dying to know what Charles’ home state is, it’s Minnesota. Now finish the rest of the puzzle, below, on your own.