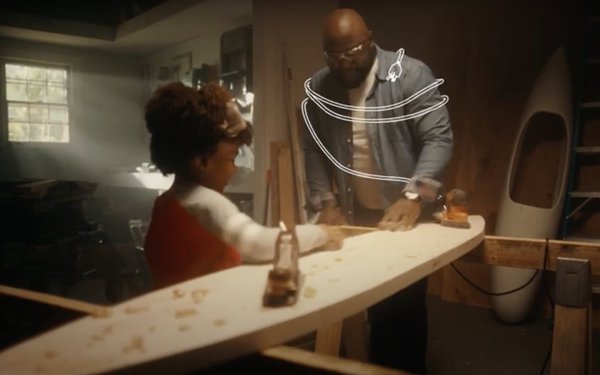 The spots, from Charlotte-based creative and performance marketing agency Union, focus on three people: a woman playing on the floor with her granddaughter; a man building a vehicle for his son; and another man who feels as if he’s peddling a bike with a heavy load.

Each spot includes an animated overlay showing how joint discomfort could prevent such activities, with a voiceover stating that Cosamin is “proven at the cellular level to block certain enzymes that break down cartilage.”

Each ad ends with the line, “This is what joint comfort looks like.”

Other elements of the campaign include static image and animated banners, static posts, and Facebook ads.

Like other products in the lightly regulated nutritional supplements industry, the glucosamine/chondroitin category hasn’t been shy of naysayers and even controversies over the years.

“Evidence for these [glucosamine/chondroitin] supplements—among the best-selling in the U.S.—is mixed,” noted Consumer Reportsin 2019. “Some research suggests they may help when used for less than six months, but other research found that they failed to relieve pain or prevent cartilage loss more than a placebo when used for up to four years.”

Just last month, Reckitt Benckiser, which owns and distributes Schiff’s Move Free, reached a $50 million settlement in a class action lawsuit that alleged the brand had been falsely advertised as being able to treat osteoarthritis. According to the settlement, Reckitt Benckiser “asserts that its labeling and marketing is truthful and supported by science but has settled this case to avoid further litigation and distraction of resources from its business.”