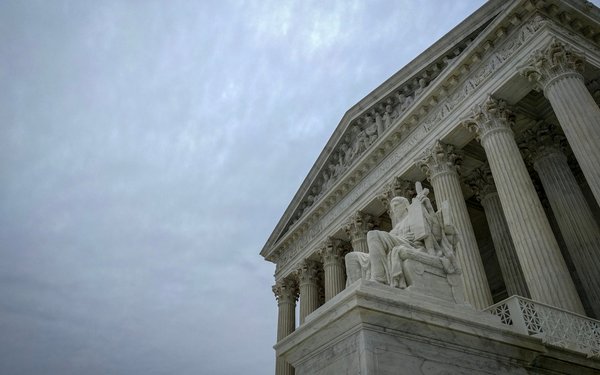 The trade group Out of Home Advertising Association of America is siding with two ad companies that are urging the Supreme Court to invalidate an Austin, Texas ordinance that bans digital billboards in locations other than the advertisers' premises.

The organization says arguments in favor of the ordinance “are premised on the unsupported and incorrect assumption that off-premises digital billboards are distracting or unsafe, and seek to foster bias against digital billboards.”

The group adds that digital billboards are already subject to a host of regulations that address safety and aesthetic issues.

“These issues should not be used as an excuse to treat billboard speakers and publishers as second-class citizens under the First Amendment,” the industry group writes in a friend-of-the-court brief filed this week with the Supreme Court.

The organization, along with three companies that operate billboards and a manufacturer of digital displays, is weighing in on a dispute between Austin and two companies -- Reagan National Advertising of Texas and Lamar Advantage Outdoor -- that want to convert non-digital outdoor ads to digital ones on 83 billboards in Austin.

In 2017, Reagan and Lamar sued to invalidate the ordinance. The companies argue the distinction between on-premises and off-premises digital billboards violates the First Amendment, which generally prohibits the government from regulating speech based on its content.

A trial judge upheld the ordinance, but the 5th Circuit Court of Appeals struck it down on the grounds that the distinction between on-premises and off-premises signs was unconstitutional. The appellate judges said the only way to know whether a sign was on a company's property was by reading it, which rendered the restriction content-based.

City officials recently urged the Supreme Court to reverse that ruling, arguing that the local ordinance is content neutral.

The city drew support from a host of outside groups, including the outdoor advertising company Outfront Media, state attorneys general, the National League of Cities, the American Planning Association and local chambers of commerce.

Among other arguments, some of the ordinance's supporters said digital billboards can pose hazards to drivers, and detract from the landscape.

The Out of Home Advertising Association takes issue with those contentions, writing that nearly all states with billboards regulate them.

“Local regulations, principally sign codes, including rigorous permitting processes for signs, do not allow the installation of distracting or unsafe digital billboards,” the group writes.

The Supreme Court is expected to hear arguments in the case in its upcoming term.