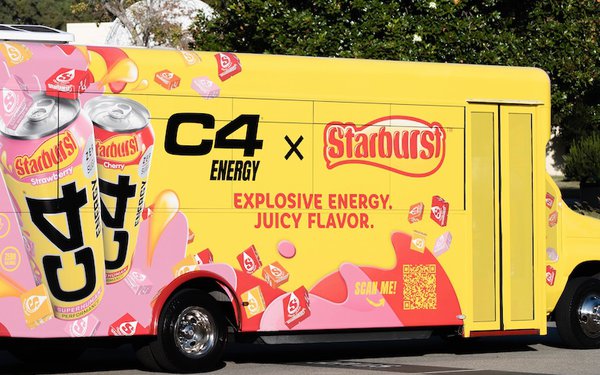 In the energy drinks category, it’s the continued predominance of market leaders Monster and Red Bull.

In late September, the two were neck and neck at 37.4% and 37.6% of dollar sales, respectively, in retail channels tracked by Nielsen. Don’t reach for the calculator: That’s a combined 75%.

The next closest player: Vital Pharmaceuticals’ Bang Energy, at 7.4%.

Not even beverage giants Coke or Pepsi have been able to make the slightest dent in Monster or Red Bull’s early mover encampment.

By the end of this year, Coca-Cola Energy—having launched in early 2020—will be discontinued in Canada and the United States. Coca-Cola’s energy footprint will basically consist of its nearly 20% stake in Monster Beverage Corp., in which it first invested in 2015.

It’s been a bit trickier for PepsiCo, which acquired Rockstar for nearly $4 billion last year and has been trying to re-energize the brand ever since. In late July, Rockstar held less than 4% of the energy drinks category, as measured by Nielsen.

Then there’s PepsiCo’s contentious—to say the least—distribution relationship with Vital’s Bang Energy. As previously reported, Vital sued PepsiCo in an attempt to exit the deal last fall. A subsequent court ruling determined that the two will remain wedded for two more years.

One of the more interesting brand collaborations is happening in the subcategory of performance energy drinks.

It involves CPG behemoth Mars Wrigley and Nutrabolt—which launched in 2002 as a sports nutrition platform and two years ago debuted the performance energy brand C4.

They contain “functional” ingredients such as amino acids and a beet-derived substance trademarked as BetaPower—plus a dose of energy-boosting caffeine anhydrous made from the seeds and leaves of coffee plants.

Developed over an 18-month period, the goal of the line is to expand C4’s user base by energizing Starburst aficionados, according to Nutrabolt chief marketing and digital officer Rajaa Grar.

“We want to be able to be known by a wide variety of consumers by showcasing the brand and having a role for C4 Energy in the lives of consumers for whom fitness is not at the core of all what they do,” Grar tells Marketing Daily.

To generate trial and awareness, C4 is considering streaming television—but not broadcast—along with YouTube pre-roll video and other digital placements.

“Digital and social are absolutely top of mind,” says Grar.

Another key element is experiential marketing. Consumers can sample the Starburst beverage iterations inside a truck dubbed the C4 Energy Mobile Candy Flavor Shop. It’s been traversing streets in Los Angeles on Fridays and Saturdays this month and will stop by the ComplexCon music festival in Long Beach, California next month.