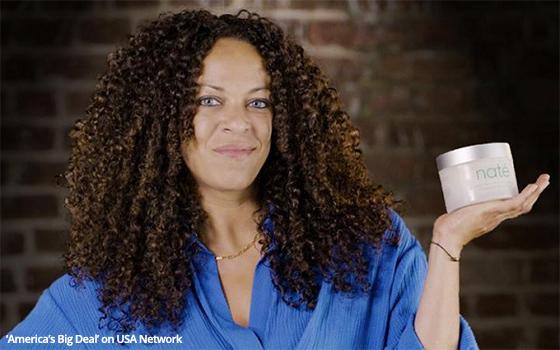 A new entrepreneur-competition show coming to USA Network on Thursday will try to integrate live sales of entrepreneurs’ products into the show, an innovation that USA Network calls “groundbreaking.”

Generating product sales happens to be the focal point of the competition in this one-hour show, which is called “America’s Big Deal.”

The show represents NBCUniversal’s push into “shoppable” TV, an initiative -- and system, if you will -- that enables the company and its brand partners to conduct on-air sales in real-time.

NBCU has applied an umbrella title to the shoppable TV opportunities it is now offering -- One Platform Commerce @ NBCUniversal.

NBCU positions the initiative this way on its website: “One Platform Commerce @ NBCUniversal has a suite of products designed to seamlessly make your brand shoppable within NBCUniversal premium programming and platforms.”

Home-shopping is, of course, what QVC and co-owned Home Shopping Network have done for a long time and, indeed, exposure on those TV shopping channels is one of the prizes the inventor-entrepreneur contestants can win on “America’s Big Deal.”

The show’s publicity materials credit inventor and entrepreneur Joy Mangano as the inspiration for the show, and she gets an executive producer credit as well.

She is the inventor of products such as the Miracle Mop, Huggable Hangers and a number of other useful items. Jennifer Lawrence played her in the 2015 movie called “Joy,” which was based on Mangano’s real-life story.

On “America’s Big Deal,” the entrepreneurs get a chance to pitch their products and then, hopefully, generate sales during the show, which happens to be live. The host is Scott Evans of “Access Hollywood.”

USA released a list of nine contestants earlier this week who will be spread over the first two shows of “America’s Big Deal” (although the announcement came with a caveat, that these contestants “may be” on the show).

They include an inventor of hair-care products from New York (Naté Bova, pictured above), a North Carolina man selling a new grip to help users hold on to their phones more tightly, a California veterinarian selling dental care products for pets and more.

Other products include a shoe cover for sudden rains, a memory foam seat cushion for travel and an extra-large curling iron.

On the show, “entrepreneurs will take the stage for a bold and innovative product pitch and the person with the highest dollar sales when the buying window closes at the end of the show will win the chance to strike a life-changing deal with one of the show’s retail giants: Lowe’s, Macy’s, and QVC/HSN,” says USA Network.

Since the show will be live, no advance previews are possible. As a result, the following question cannot really be answered until the show airs.

The question is: How does the order in which the entrepreneurs appear on the show affect their ability to generate more sales than a contestant who comes on the show before them?

Or to put it another way, does the selling window stay the same for all of the contestants and their products regardless of how they are positioned in the show’s pecking order?

More generally, however, the biggest challenge the show seems to face lies in the fact that USA Network is not already known as a destination for home shopping on television.

After all, viewers who tune in to QVC and HSN to watch and buy go to those channels because that is what they are set up to do.

Going to USA Network for the same reason is a habit that no one has yet formed. Thus, it is hard to imagine prospective buyers showing up and ordering the products seen on “America’s Big Deal” in sufficient numbers that will translate into meaningful real-time sales.