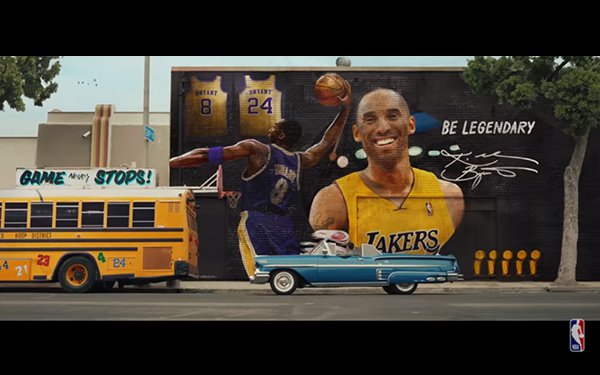 The National Basketball Association was formed on June 6, 1946, making this year its 75th anniversary. To celebrate, the league has rolled out a nearly three-minute, star-studded ad.

The premise of the ad, via Translation, is that stars like Kevin Durant and LeBron James all live in the same neighborhood. The ad features a young girl practicing her free throw when a bus driver (Michael B. Jordan) pulls up and asks her to come along. “It’s the NBA 75th,” he says.

As the bus takes a stroll down Memory Lane, we see Magic Johnson watering his lawn and neighbor Larry Bird waving hello. Other stars who appear in the ad include Julius Erving, Bill Russell, Kareem Abdul-Jabar and Isaiah Thomas. One notable omission is Michael Jordan, though Jordan will apparently make an appearance in future ads.

The ad ends with a portrait of Kobe Bryant, who died in a plane crash in early 2020. Jordan declares, “The game don’t stop. It won’t stop.”