Walgreens Bets $5.2B On Healthcare 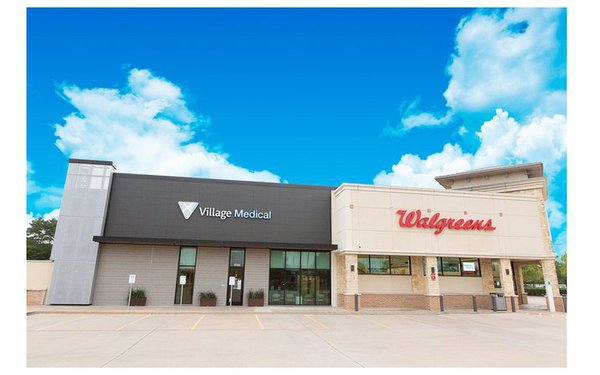 In a move that illustrates just how much has changed in healthcare in the last 18 months, Walgreens Boots Alliance is shaking up its business model, investing $5.2 billion in healthcare services.

The move increases its ownership of Village MD from 30% to 63%, accelerating that partnership by opening at least 600 Village Medical locations in 20 U.S. markets by 2025. It plans to have 1,000 open by 2027. More than half of the locations, which provide primary medical services, have been slated for underserved communities.

WBA is also investing in CareCentrix, an industry leader in the fast-growing post-acute and home-care sector, which helps patients as they transition out of hospital settings. The cost is $330 million in exchange for 55% ownership.

Both Village MD and CareCentrix  will now fall under the newly created Walgreens Health, accelerating the company’s capabilities in primary, post-acute and home care.

The Deerfield, Illinois-based company unveiled its new strategic plan as it announced its quarterly results, saying the move will transform and align its core businesses, building its next consumer-centric growth engine.

“Our strategy leverages an ecosystem including our trusted brands, exceptional assets, healthcare expertise and scale,” says Roz Brewer, chief executive officer, Walgreens Boots Alliance, in its announcement. That will be “integrated with a range of new talent, capabilities, resources and an intensified focus on operational excellence to drive long-term sustainable profit growth.”

The goal? Bringing “equitable, personalized, whole-person healthcare to local communities across America, wherever and however it’s best for consumers -- in-store, at home, in the doctor’s office and via mobile app.”

In many ways, the moves mirror those taken by competitors like Walmart, Target and CVS, all accelerating pushes into healthcare. And Walgreens already has many efforts underway, including a partnership with Clover Health and Blue Shield of California.

But with Village MD, Walgreens is the first national pharmacy chain offering full-service primary care practices with primary care physicians and pharmacists at this scale.

The two already have 52 locations open and expect to reach 80 by year’s end – which is helping Village MD’s exceptional growth. This year’s revenues are expected to hit $1.3 billion, compared to $217 million in 2017.

Walgreens' vision, writes Eric W. Coldwell, an analyst who follows the company for Baird, is following the consumer journey across the entire care continuum, leveraging its existing pharmacy business, fast-growing loyalty program and app and digital base.

“The agenda is clear,” he writes, combining core pharmacy strengths with “a major push into healthcare services and coordination, retail bridging consumer health, wellness, beauty and other needs tied to the healthcare and pharmacy consumer.”

Walgreens beat forecasts with its fourth-quarter results, and offers new guidance for the fiscal year ahead better than expected, says Coldwell, who continues to rate the company as an “outperform.”

“We think the myopic focus on short-term earnings-per-share fades, and attention can shift to long-range planning and strategy,” he writes, adding that the moves still make for a complicated valuation exercise: “We’ll see.”