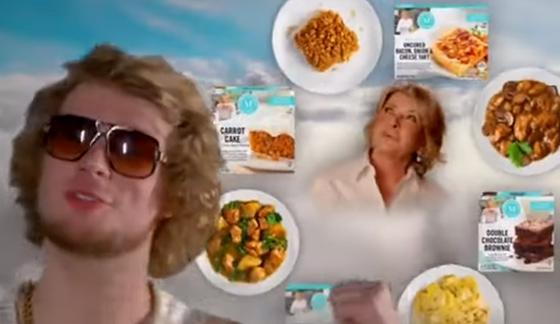 If you still think of Martha Stewart as the doyenne of WASP domesticity, you haven’t been paying attention. In the past few years, Stewart has made a cameo in Snoop Dogg’s “Drop It Like It’s Hot” music video, and Snoop in turn has dropped by to make potatoes with Martha.

So this latest collaboration, between Martha and rapper Yung Gravy, should come as no surprise. The ad, via Martha Stewart Kitchen’s AOR Mediacast Solutions, features Stewart dialing up Yung Gravy and telling him she needs some music for a launch. Yung Gravy then obliges with a tune. Then the ad cuts to Stewart pouring gravy over potatoes.

The song from Yung (who has another song called “Martha Stewart,”) is a tongue-in-cheek celebration of Stewart and her unlikely rap following. Along the way, there’s a pitch for Martha Stewart Kitchen’s frozen entrees. The spot ends with Stewart dancing to the tune.

Next up: Martha and Snoop have launched a Halloween baking challenge on Peacock.